Aave (formerly ETHLend) is an open-source, non-custodial, decentralized lending protocol running on Ethereum. Currently, it is the largest DeFi protocol by both value locked and outstanding loans. It has also pioneered several DeFi functions like flash loans and unsecured borrowing.

This article is a guide to the fundamentals behind Aave. We will cover the team and technology behind the project, its vision, as well as its market maturity and the state of its ecosystem.

Aave was founded in 2017 by Stani Kulechov, a Finnish enthusiast of coding and financial instruments, and a trained lawyer. 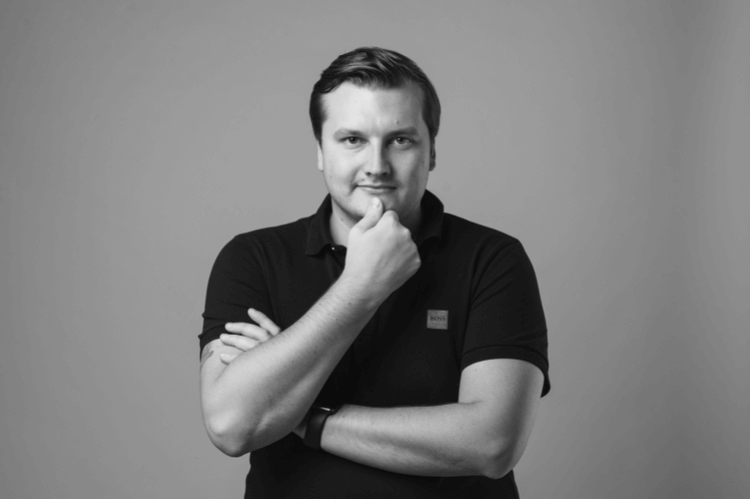 Kulechov founded Aave as ETHLend in Tallinn, Estonia. In late 2017, an ICO based on the ETHLend Whitepaper which originally detailed a peer-to-peer (P2P) lending protocol for Ethereum. The ICO raised $17.8M which was followed by $3M in venture funding where Framework Ventures and Three Arrows Capital bought LEND tokens from the treasury. The latest round is to be used to make the protocol more decentralized and revamp the tokenomics to better align incentives in the ecosystem as well as strengthen protections to users. The new protocol will migrate to a new token with the symbol AAVE at a rate of 100 LEND : 1 AAVE.

Aave was created to facilitate transparent and open infrastructure for decentralized finance. Kulechov recounts that when the token first launched, the idea of DeFi, despite its simplicity, was completely foreign to the community. People asked why they would give their precious cryptocurrency as collateral. After all, Aave was the first lending application on Ethereum. There were no stablecoins and no DEXs, and besides not understanding core concepts like the need for over-collateralization, people didn’t see the use case of lending their assets. Then, things started to change with the appearance of DAI , USDC , and much-maligned pioneer of the DEX model , EtherDelta .

Aave moved from the P2P lending model to a pool-based model. By developing a number of algorithms to determine the interest rate to pay in pools for savers or liquidity providers (LPs) and the ratio of collateral or loan-to-value (LTV) ratio required for each asset, the system works without a mediating third party. Anyone can participate and there are no KYC checks. There is a pool for each of the 19 assets listed in Aave. A user that deposits an asset in one of Aave’s smart contracts receives an Aave interest-bearing token (aToken) e.g. a user who deposits DAI will receive aDAI which is minted at the moment of deposit and will be burnt when the user redeems his DAI . While the underlying assets of a pool can be borrowed, interest is accrued on the aToken, whose balance users can see grow on their wallets every minute. One can freely store, transfer, and trade aTokens, their value pegged 1:1 to their underlying asset.

Upon this basic architecture, Aave built other functions like flash loans — which are zero-collateral loans that need to be repaid within one transaction block for use cases like arbitrage, collateral swapping, and self-liquidation — and the choice of stable rates if assets are held until maturity, which makes for a lower perceived risk and better user experience.

The success and innovations that Aave has brought to the DeFi sector are due in large part with Kulechov’s obsession with composability, a principle of design as applied to systems or design thinking, whereby a highly composable system is one where components can be assembled in many combinations to satisfy specific user requirements. We can see for example how Aave inherited the LEND token from its ETHLend days but was able to repurpose this component as a governance token, becoming a pioneer amongst lending protocols and creating a better system where more combinations (i.e. more use cases) are now possible. A case in point is the launch in Aave of credit delegation, shortly after flash loans, allowing users to lend their aTokens through the creation of a vault and an OpenLaw agreement containing terms like the desired interest rate and amount of capital that can be borrowed. Aave’s focus on composability goes beyond its internal systems and targets the role that Aave can play in the composability of the entire DeFi ecosystem. 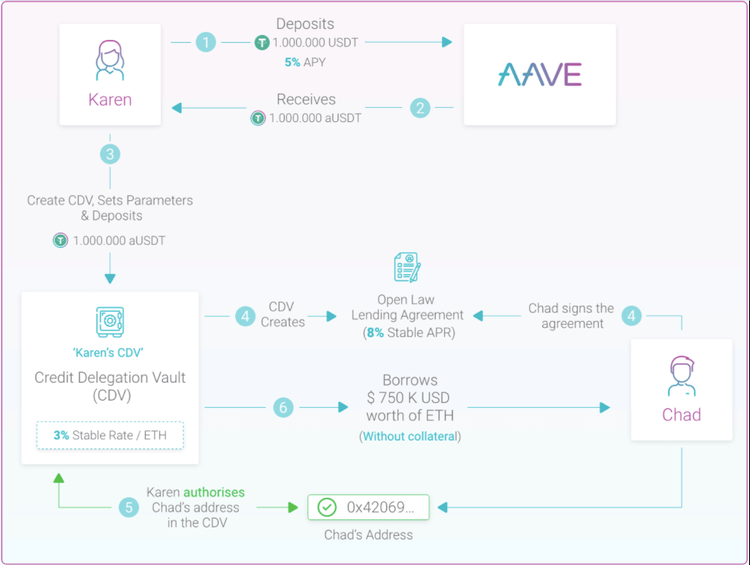 Aave is currently in the process of a major protocol overhaul in order to implement next-generation governance and economic rights in its token model, migrating the LEND token into a new denomination called AAVE. The process is detailed on the Aavenonics paper. Aave will be introducing a staking mechanism called a Safety Module (SM), which provides insurance against shortfall events i.e. when there is insufficient collateral in a given pool and collateral-of-last-resort is needed. Stakers will be rewarded with AAVE tokens as Safety Incentives (SI) and a cut of protocol fees. Another pool on the Safety Module will be staking ETH through an AAVE/ETH pair on Balancer that will earn BAL along with trading fees.

As part of the migration, Aave wants to reserve almost 20% of the supply of the new tokens to a fund for creating protocol incentives and upgrades. The administration of the incentives will be decided by the community. The community will vote Aave Improvement Proposals (AIPs) onchain with their AAVE tokens to decide on implementation details. More details can be found on the Aave governance forum . Altogether, these changes represent the repositioning of AAVE as a utility with both economic and governance rights, which is pretty close to traditional equity stock, except for the major difference that it serves a decentralized protocol.

Without a set timeline to complete the migration, right now LEND functions as the governance token. On the genesis governance vote, 100 LEND will become 1 AAVE.

LEND is currently traded in secondary markets. According to CoinMarketCap , LEND is found with most volume and liquidity on:

LEND is an ERC-20 token so it can be stored on any Ethereum wallet that supports custom contracts like MetaMask . Other wallets like Pillar , Trust Wallet . and Ledger are also great options.

Flipside Crypto gives LEND a Fundamental Crypto Asset Score of A. This score is based on user activity, developer behavior, and market maturity as tracked in real-time on a given protocol.

Aave is developing a strong ecosystem of integrations, partnerships, and collaborations, driven by a community-centric approach as exemplified in its roadmap and governance proposals.

Moreover, Aave has been public about its relocation to London and its support of the city’s FinTech and dApp ecosystems. Aave is still in many ways a company catering to developers. Aave was a sponsor of ETHLondon 2020, the first ETHGlobal event held in the United Kingdom. 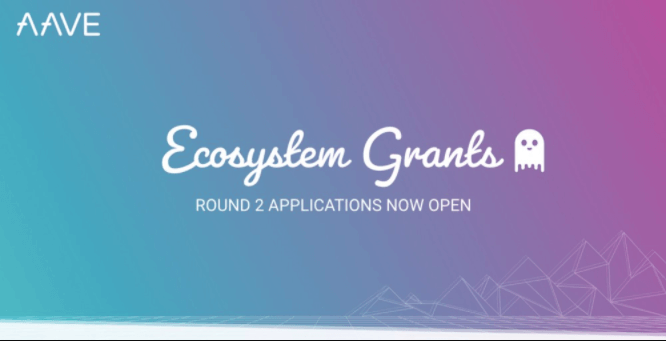 In accordance with Aavenomics, Ecosystem Incentives (EI) are, together with SI, the mechanisms by which the protocol rewards those bearing the most risk to provide safety and liquidity. Applications built on top of the Aave protocol may be allocated rewards by the community through decentralized governance.

In order to capitalize on this initiative, an Ecosystem Reserve will be set up on the genesis governance vote. The reserve will have 3M AAVE which is equivalent to 300M LEND or $225M at today’s prices. Whether the reserve gets replenished or not will depend on the Protocol Policies adopted by the community.

In the meantime, Ecosystem Grants are being given under a more centralized approach. Round 1 was concluded and Round 2 is ongoing. 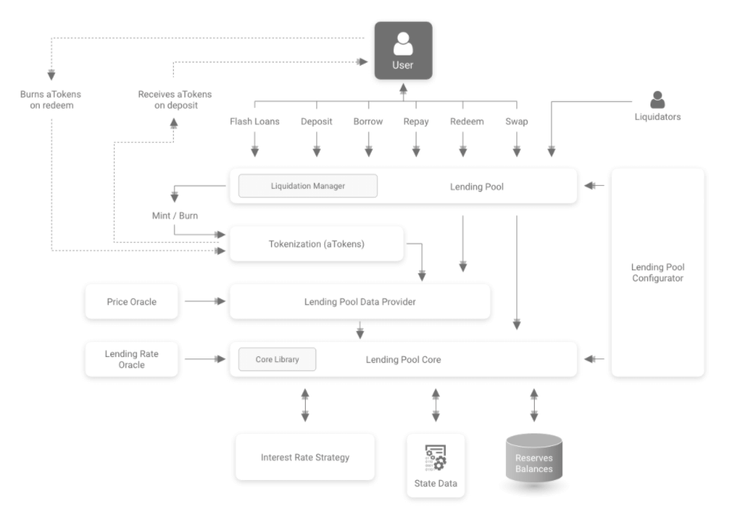 Aave is fully open source and audited, and provides well-explained documentation on the Aave Developer Docs on the working of the protocol, its architecture, smart contracts, security and audits, and integration guide. All the source code can be found on the Aave protocol’s GitHub repository .

As for the future of Aave, the protocol has announced a basic overview of its v2, which will focus on making the user experience more seamless and enjoyable. Aave v2 intends to become the Money Market Protocol by bringing security with formal verifications, cheaper costs in transactions and v2 aTokens with gasless approvals, fixed-rate deposits, debt tokenization, repaying with collateral, and private markets which would even bring mortgages to Ethereum (in collaboration with RealT ). These improvements will enable a few native trading functionalities like debt trading for yield optimization, collateral trading for trading deposited assets even when collateralized, and margin trading long and short leveraged positions. On the community side, on-chain governance is coming with liquid democracy with the classic discretionary and real-time vote delegation that makes it possible, and the added bonus of cold wallet voting. Finally, community involvement is to rise drastically with **liquidity mining incentives, which have been compared to Uber giving shares to early drivers and riders.

Clearly, the Aavengineers have been hard at work.

Aave’s success is in no small part anchored in its usage, climbing to over >$1B in total value locked (TVL) in less than 6 months. Aave attentively listens to its community members, which it calls Aavengers, in implementing improvements to the protocol.

From a strategic point-of-view, Aave intends to become middleware for the financial infrastructure of the future, and as such other protocols and service providers ought to see Aave as an integral part of their product or service architectures. Wallets like Pillar , Argent , and DeBank integrate Aave to offer savings and/or loans natively to their users, while automatic yield rebalances like Totle use Aave as a liquidity provider.

Not by coincidence, Aave has surpassed much larger incumbents to become the no.1 DeFi protocol in the Crypto-Verse. Its penchant for innovation and its solid principles in design and engineering have brought not only product-market fit on a highly volatile Ethereum dApp landscape but accelerated growth through continued value-added features.

Excited about Aave? Anything this article missed? Reply below to let me know!