Klingon Empire Darsek (KED) - one of the Star Trek inspired coins. Darsek - a hybrid scrypt PoW + PoS based cryptocurrency. KED was started August 23, 2013 and still alive. Advantage of KED: have balanced PoW blocks and stakes weighting. What does it mean: To set best chain, every block calculated function GetBlockTrust() In only PoW coins it is just cumulative function log2_work - plain sum of all block difficulties. That coins can be easy 51% attacked with double spending, if summary hash rate not very big like in Bitcoin or Litecoin. For protect from this attacker was created PoW+PoS coins. But initially it was Sha256 algo with High difficulty, and simply copy and paste this function in Scrypt coins was not good idea. All PoS blocktrust was much more then PoW, for instance blocktrust=134217792 (PoS) and blocktrust=5 (PoW). In such coins one PoS block can override long chains of PoW blocks. In Darsek KED different system of calculation of GetBlockTrust(). In most cases PoW block GetBlockTrust() just 2/3 of previous. For stable blockchain every 5-10th block must be PoS.

Be the first one to reply to Darsek 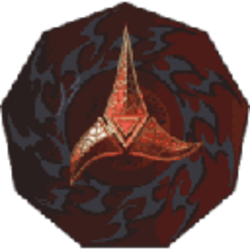