The Internet Computer extends the functionality of the public Internet so that it can host backend software, transforming it into a global compute platform.

Using the Internet Computer, developers can create websites, enterprise IT systems and internet services by installing their code directly on the public Internet and dispense with server computers and commercial cloud services.

Enabling systems to be directly built onto the Internet is undoubtedly cool, but the Internet Computer is about more than this alone. It seeks to address serious long-standing problems that bedevil IT, including system security, and to provide a means to reverse and undo the ever increasing monopolization of internet services, user relationships and data, and restore the Internet to its permissionless, innovative and creative roots.

For example, the Internet Computer hosts its native software within an unstoppable tamperproof environment, making it possible to create systems that don’t depend on firewalls, backup systems and failover for their security. This framework also makes interoperability between different systems as simple as a function call, and automatically persists memory, removing the need for traditional files, enabling organizations to dispense with standalone infrastructure such as database servers. These features enable internet software systems to be completely self contained and address today’s security challenges while dramatically reducing the exorbitant complexity and cost of IT.

The increasing monopolization of internet services is addressed through support for “autonomous software”, which runs without an owner. This allows “open” versions of mainstream internet services to be created, such as social media websites or SaaS business services, that run as part of the fabric of the Internet itself. These new open services can provide users with far superior guarantees about how their data is processed, and moreover can share their user data and functionality with other internet services using permanent APIs that can never be revoked, eliminating “platform risk” and allowing for dynamic and collaborative extension of the ecosystem in a way that generates mutualized network effects that enable them to compete with Big Tech monopolies, providing tremendous new opportunities to entrepreneurs and investors.

The Internet Computer is formed by an advanced decentralized protocol called ICP (Internet Computer Protocol) that independent data centers around the world run to combine the power of individual computers into an unstoppable seamless universe where internet native software is hosted and run with the same security guarantees as smart contracts. It is integrated with Internet standards such as DNS, and can server user experiences directly to Web browsers and smartphones.

Be the first one to reply to Dfinity 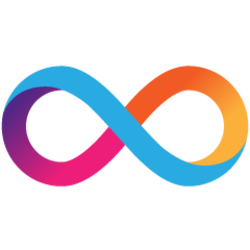