Dragonchain is one of the newly launched cryptocurrencies that is attracting crypto enthusiasts following its relaunch. The coin seems to be leading on the technology front irrespective of its market capitalisation trends, which is why it's also being anticipated to be Ethereum’s competitor. Dragonchain is a hybrid blockchain platform, where sensitive business logic and smart contract functionality is held by the owner. Its cryptocurrency is denoted by the symbol DGRN has a total supply of 433,494,437 coins. Dragonchain uses serverless smart contracts from its pre-built library. This feature is unique to this cryptocurrency, as it can create smart contracts, with or without cryptocurrencies.

Dragonchain was developed by Joe Roets who is its CEO and Chief Architect with a team of 4 core developers. The team is backed by a strong advisory board with Jeff Garzik on board who is established icon in the Bitcoin network. It was developed after exploration of 20 use cases and applications. It was released under the Apache 2 license in October 2016 to integrate real business applications onto a blockchain, protect business data and operations, currency agnosticism and multi-currency support. The launch of Dragonchain Foundation, a non profit corporation, in January’17 maintains the ownership and responsibility of Dragonchain’s open source code.

Enterprises can easily design smart contracts in a variety of languages like Python, Node, C# Java. The contracts can be specific to their business needs to include both private internal and public blockchain interactions. The Currency Smart Contracts help organizations to retrieve and transfer specified currency amounts between wallet addresses and check balances which can be run on schemas like ERC20, ERC223, etc. Dragonchain helps enterprises to leverage their models using blockchain by allowing development and integration before the economic model is known. Monetization can be applied after sufficient real data is available system is functioning.

DragonChain’s platform is establishing a niche in the crypto world with its layered security feature. The 5-layer security model adds great credibility to their overall goal of facilitating business integration into the blockchain. Additionally, DragonChain is seen as a strong rival to Ethereum because of the platform’s ability to scale; an issue that Ethereum has been notorious for. As of January 2018, the DragonChain team is raising funds and finishing development of the platform. Although the exact date is currently unannounced, the DRGN platform is expected to fully launch sometime this year.

Be the first one to reply to Dragonchain 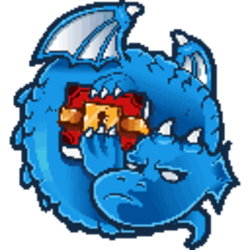