The Emarat Coin is a Superior Distributed Decentralized Ledger Blockchain Technology to serve as a digital-age payment system. EmaratCoin is the future of decentralized economy of world specially Middle East and Asia.

EmaratCoin aims to solve money issues by using blockchain technology to create a new kind of cryptocurrency, where each coin is backed by gold, bitcoin and other financial commodities at launch. In addition, each transaction of EmaratCoin (AEC) generates a small transaction fee as a mining fee. Each AEC increases in real value over time, making Emarat unique among cryptocurrencies. This paper will explore how Emarat as an alternative cryptocurrency will function, the products and services associated, the asset details and about how may Emarat result in better outcomes for its participants.

The Superior Distributed Decentralized Ledger Blockchain Technology. Emarat Coin is the most beautiful and powerful attempt so far to create 100x faster, powerful, secure cheaper blockchain technology. The purpose of Emarat Coin is to serve as a digital-age payment system as well as provide financial freedom and independence. The Middle East is in the early phases of adoption of the technology. The blockchain technology market is compressive of a large number of startups. The growth of blockchain technology startups was aided by huge venture capital investments during the period from 2015 to 2017. The market is expected to be hit by a huge wave of mergers and acquisitions in the coming years.

Be the first one to reply to EmaratCoin 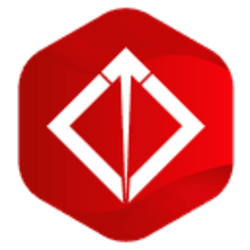