FInsur Token (FI) is the token issued by FInsur. The entire issued FI base equates to the overall ownership of FInsur Community which adopts an innovative “Insuring as Mining” model. The total number of issued FIs is set at 2 billion and will never increase. FInsur, the community, will instantaneously distribute the bulk of its gross profit to FI holders. At the same time, FI holders have certain rights in governing the FInsur community

FCoin is working with FInsur to launch basic security coverage for all FCoin subscribers in July 2018. FCoin platform will pay premiums and provides an Account-stolen Insurance with $2,000 equivalent insured amount for each FCoin registered user. At that time, FInsur will also announce the details of the “Insuring as Mining” mechanism and the “Gross Profit Distribution” mechanism. FInsur will open more types of commercial insurance products in August 2018. Specific information such as the effective time, payment conditions, etc., will be subject to the announcement of FInsur in the future.

The FInsur Token(FI) as a circulated-encrypted certificate to various digitized rights, will become the basis of the platform’s future digital economy. The FI represents a stake in the FInsur community, it is the cornerstone of FInsur's community governance.

Gross Profit Distribution FInsur community’s gross profit will be distributed to FI holders at a fixed proportion. Distribution proportion: 80% for FI holders, and 20% for FInsur development and operation.

Be the first one to reply to FInsur Token 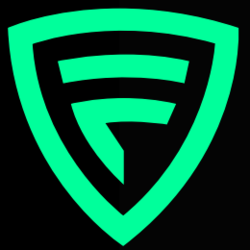