“ONE” is BigONE’s new platform token, issued at total number of 20 billion, and will be locked until mined, and gradually released through an innovative “Trade-Mining” Mechanism. ONE holders will receive 100 percent of trading fee on BigONE’s platform.

ONE is divided into two parts:

Community-owned 51% of all ONEs belong to community. The total amount is 10.2 billion. Once mined/released, these ONE tokens can circulate on BigONE.

BIG token holders owned 49% of all ONEs belong to existing BIG token holders. Total amount of this part is 9.8 billion ONEs, and will be released at the same rate as the community-owned part in proportion. These ONEs will be airdropped to all BIG token holders every day. However, these ONEs airdropped to BIG holders will be frozen till June 21st, 2022 UTC+8, and cannot be circulated on the BigONE trading platform or other platforms during this period.

Be the first one to reply to One 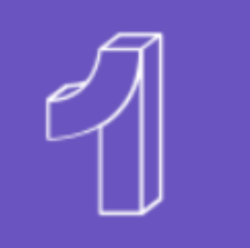