Quantstamp is a security-auditing protocol for smart contracts. As a apps platform, Ethereum has proven its security time and again. However, apps and smart contracts on top of Ethereum may still have bugs in which malicious players can cause havoc on the network. The two most notable examples of these being the $55 million DAO hack and the $30 million Parity wallet bug. These issues not only affect the people who’ve had their funds stolen, but they also diminish the credibility of the entire ecosystem.

Quantstamp is making smart contracts more secure through automated software testing and a system of bug bounties. Although starting with Ethereum, the team is building the protocol to be available on any DApp platform in the long run.In an industry where security is a primary concern and bugs have caused the theft of millions of dollars, Quantstamp should help to legitimize blockchain projects and ensure that large-scale smart contract hacks are a thing of the past.

Quantstamp held a successful ICO in November 2017 in which the team raised a little over $30 million dollars. They distributed 650 million (65%) QSP out of the 1 billion total supply to ICO participants at a price of $0.072 per token. After the usual post-ICO volatility, the QSP price stabilized at around $0.10 (0.000051 BTC) before slowly falling to its current price of ~$0.286. The QSP price weathered the beginning of the year market downfall better than most other altcoins.

Be the first one to reply to Quantstamp 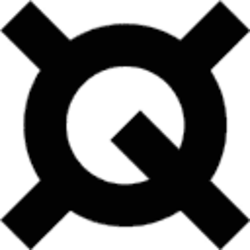