STARCOIN will make it easier, easier and safer for people around the world to trade through our payment system. STARCOIN is now on your side with the stars. The block-chain-based technology called the flower of the Fourth Industrial Revolution is creating many issues with the Crypto Currency. There are more than 1,000 alternative coins that are made up of bit coins as well as bit coins. But for these block-based encryption currencies, people see it as a speculative object and judge it as a bubble. Because these coins can not be used. Currently the Crypto Economy system and the existing economic system are separate. Thus, coins based on block-chain technology, which have little use in real life, expose these usage problems. The Crypto Economy system and the existing economic system are separate. There was also a problem that payment and payment time became longer depending on the transmission speed. To complement these problems and evolve into a usable currency, various Altcoins are being made on the basis of technology.

Almost all experts believe that encrypted currencies will become commercially available in the next decade or so. But STARCOIN was created to speed that time. Encryption In order for the public to use the currency, several requirements must be met. First, the volatility should be low. / Second, it must be a safe asset management. / Third, rules and regulations according to usage are required. / Fourth, the purpose of use must be clear. / Fifth, everyone should be able to use. STARCOIN has been created to solve the above five problems.

The most important thing for a block chain to be a system of technical superiority in a payment system is that it should be suitable for M2M (Machine to Machine) micropayments, which will become common in the Internet of Things (IoT) era. While the distance between countries has narrowed considerably as the information of each country is updated in real time due to the development of transportation and the Internet, the global payment methods currently used have many inconveniences and issues to use. But with StarPay, you can easily make a payment with just one billing password without complicated process for setting up payment or installing program.

Be the first one to reply to Starcoin 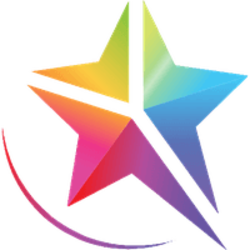