“Giving and Sharing Starcro” creates a “Living Together” blockchain world. Any Starcro prover can get reasonable rewards and enjoy various contents.

Starcro is an invitation-only blockchain platform with real-time payment and various contents. Starcro is accessible to any invited, anywhere, anytime, with any type of device and network.

Starcro is run by an unique consensus algorithm called PoX(Proof of eXpansion). PoX is developed to compensate the shortcomings of PoW and PoS which causes centralization in the decentralized system by hashpower competition or stake monopolization. PoX is a truly distributed, decentralized, and eco-friendly system, since any expensive mining hardware is not needed, and the rewards are given according to the node distribution.

Through the PoX system, Starcro presents a human-oriented crypto economy. For example, nodes are regarded as a critical component of a blockchain’s infrastructure; however, since the term ‘node’ means a device(computer, mobile) on a blockchain network, we use a term ‘provers’ - people who run the Starcro network.

For the first time ever in the blockchain industry, Starcro implemented a user identity verification system, and based on the PoX algorithm, participants get rewards every first day of the month. Each participant gets different amount of rewards, and the reward amount increases as the number of the relationship between referrer and referred increases.

Be the first one to reply to Starcro 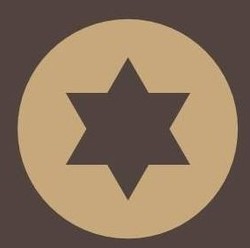