Greenhouse gases, and especially carbon dioxide (CO2), trap heat in the atmosphere resulting in climate change. For the last 30 years, governments have tried to incent people to do the right thing and reduce CO2/greenhouse gases. These efforts have failed.

Yet CO2 is everyone’s problem. And everywhere’s challenge.

To encourage everyone to act in the planet’s best interest and, of course, their own, we created Swytch.

Swytch is a blockchain-based platform that tracks and verifies the impact of sustainability efforts and actions on the worldwide level of C02 emissions.

Leveraging our Open “Oracle” technology that acts as a distributed authority, Swytch awards tokens to people, companies, and other organizations that make a meaningful and measurable difference in reducing the emissions that endanger our planet…and our future.

Swytch puts the economic and social value of carbon reduction into a token. Producers of renewable energy create Swytch by generating solar, wind, and other forms of renewable energy. Holders of the token have rights to claim carbon offsets, access the platform that houses “oracle” data, and the ability to engage in continuous development of the platform itself.

Be the first one to reply to Swytch 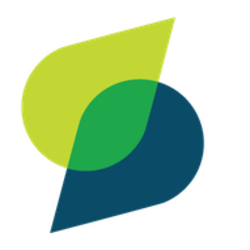