Syscoin is “a global network, a distributed ledger, a decentralized database and a blockchain. It is also a cryptocurrency, an altcoin, a digital currency and a tradable token.” Originally launched in late 2014 and created through a Bitcoin fork, the current version brings us to Syscoin 2.1 and has an algorithm that allows it to be merge-mined with Bitcoin. Merge mining is simply the ability for miners to simultaneously mine two different cryptocurrencies based on the same algorithm. The project attempts to remove the middleman and put money directly back into merchants/consumers hands, eliminating hefty fees currently charged by big corporations like Amazon and eBay. To facilitate near-zero fee transactions, you can use its native cryptocurrency, Syscoin (SYS), to pay for goods on the marketplace. However, you can also pay using alternate cryptocurrencies such as Bitcoin or Zcash.

Syscoin is led by a team of developers and was created by its current core developer, Sebastian Schepis. According to Proof of Developer, a website that verifies, evaluates, and ranks developer teams, Syscoin received 5 stars in 2014. Blockchain Foundry maintains Syscoin as its flagship product, with a mission to “disrupt markets by leveraging the potential of blockchain technology”. In March of 2017, Blockchain Foundry partnered with the Microsoft Azure ecosystem and is one of the founding members of the Digital Identity Foundation (DIF). Other founding members of the DIF include the likes of corporate giants such as Microsoft, Accenture, ConsenSys, and more.

Some of the features highlighted on the SysCoin website includes :-

Be the first one to reply to Syscoin 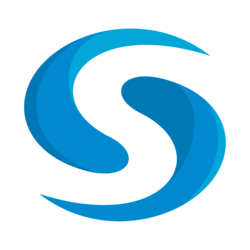