Tattoocoin is the first cryptocurrency to run on a twin chain. What Tattoocoin has done is now incorporate a secondary main chain into the wallet itself that allows both chains to run simultaneously together in a side-by-side run configuration (accomplished by running the same wallet twice and selecting which chain you wish to be active) or the wallet can also allow you to operate one chain at a time. The chains do not currently interface with each other despite the fact that both can operate at the same time. Both chains have unique merkel roots and genesis blocks. Later on an interface feature will be added but its not currently built. In the meantime the chains can both stake and mine at the same time, one chain will not interfere with the other's ability to connect to clients, stake, or mine blocks.

Be the first one to reply to Tattoocoin (Limited Edition) 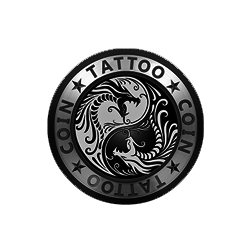