The Abyss is a next-generation digital distribution platform, delivering all types of video games (Free2play MMOs and crypto games being a key priority), including AAA-titles, where gamers and developers can profit from multilevel referral program and other activities.

A gaming portal with a concentrated presence of MMO games in which a primary focus is placed on motivational programs for players as well as developers. ABYSS tokens are a priority internal mechanism for interaction on the platform (Protocol ERC20 on the Ethereum blockchain). Our gaming platform is to be offered for Desktop (Windows, MacOS, Linux), Mobile (iOS and Android) and Web.

A powerful, multilevel referral program whereby a user brought in by a developer provides the developer with an income (paid in ABYSS tokens) from all payments and achievements in any other game on the platform. An analogous referral system is built on a viral basis whereby players receive income (paid in ABYSS tokens) for bringing in friends, not just for their payments but also for the activity on the platform (achievements, creating content, subsequent referrals, etc.)

Tokens can be transferred to cryptocurrency accounts both manually and automatically. An internal system of advertising offers (based on ABYSS tokens) enables traffic to be exchanged with other developers, receiving and passing along only relevant users. A well-planned system of syndicates (Masternodes) enables the platform's users to be organized into communities that become sources of income (paid in ABYSS tokens) for participants. It is one of the methods of controlling the volatility of tokens.

Be the first one to reply to Abyss Token 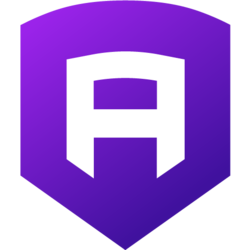