The HoloCoin (ticker: JEWS) is an ERC-20 Holocaust simulator.

There are 15.3 million living JEWS at the beginning of The HoloCoin. Of these 15.3 million JEWS, 4,107 are burned each day, equivalent to the rate at which Jews were slaughtered in the Holocaust.

Any wallet may claim a free shipment of 500 JEWS by coming to the discord and filling out the form linked by the Save JEWS button above.

Some corrupt SS officers have arranged for the safe transport of JEWS out of Nazi Germany - for a fee. Click the Trade JEWS button to buy or sell JEWS.

After the sale is complete, Nazi Germany will be looking to get its JEWS back. It will put in large buy orders for JEWS.

Be the first one to reply to The HoloCoin 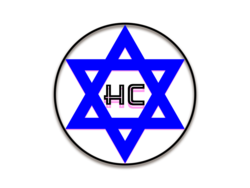