TOOKTOOK is a blockchain-based creative communication platform that allows users to communicate with emoticons created by themselves. TOOKTOOK is also a platform that allows individuals to communicate with others by putting a piece of their everyday life into short videos or photos, and thus makes everyone’s life become a creative work. Users can use the visuals such as videos or photos of other creators, or those created by their own to communicate with others on social software. The platform will allow users to put their own emotional message on these visuals. It compensates the creator with a reward, and the user of the content also receives a reward.

TOOK is the token issued by TOOKTOOK, which is mainly used to give‘Like’signals which indicates the preference of the creations, provide rewards for creators and advertise for users’ own creations. Users can stake TOOK and get AIR.

Be the first one to reply to TOOKTOOK 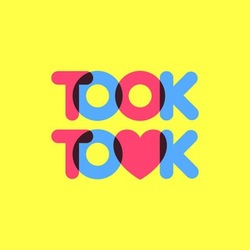