VF Cash is a Cryptocurrency project that started on the 23rd of April 2019. It has no Proof-of-Work (POW) but instead features the world’s first Proof-of-Key (POK) algorithm, consisting of a finders-keepers distribution system similar to mining, and a transaction rate limit per address / public key of three seconds for the confirmation period. This prevents the sender of the transaction from making any further transactions during this period. VF Cash is a minimal implementation unordered chain, commonly referred to as a directed acyclic graph (DAG), and the networking uses UDP. The Digital Signature algorithm uses secp256r1.

Transactions are free as there are no charges for making a transaction on the network. However, transactions do create inflation of the currency which is partly paid back to the node operators as rewards.

In the spirit of Bitcoin, VF Cash is a decentralised peer-to-peer digital cash protocol and not a company. An initial Core Working Group has been established to provide guidance and direction to VC Cash in the early stage of its existence. Once the network matures, all operational matters will be turned over to the community, via the formation of a decentralised autonomous organisation (DAO) or other legal means.

Be the first one to reply to VF Cash 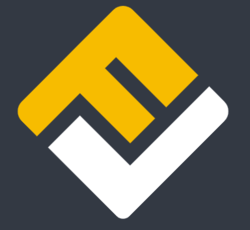