XRPHD (Ripple Coin, referred to as XHD) is an innovative digital currency based on Conditioned Proof of Capacity. It uses the hard disk as the device for mining and obtains network block rewards according to the capacity of the hard disk.

-The consensus algorithm is more decentralized. In the XHD network trusts, every miner has the right to participate and they can make their own decision. XHD trusts trillions of XHD nodes. Therefore, miners jointly determine the authenticity of the transaction. -The XHD network is safer and more reliable. In the future, the XHD network will have hundreds of billions of hard disk physical devices to maintain the security of the entire network, and because of the characteristics of the POC consensus algorithm, the probability of a 51% attack on the XHD network is extremely low. -Fairer, everyone can participate. Since XHD is produced through hard disk mining and there is no monopoly, everyone can participate in the mining, packaging, and distribution of XHD, and the hard disk device is inherently resistant to ASIC. The value of decentralization and credibility has been optimized with a lighter, economical and environmentally friendly blockchain spirit, which provides more for the vision of “all-mining” Possibilities. -Ecological diversity, multi-chain coexistence. Because of the POC consensus mechanism, the future XHD backbone can derive more symbiotic sub-chains. XHD can make cross-chain transfers between the main chain and the sub-chains. XHD will become the common currency in the main chain and sub-chain.

Be the first one to reply to XRPHD 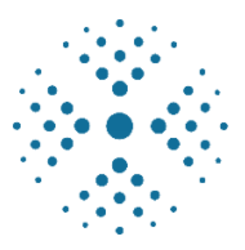