(This thread is for the birthday-related updates; check the following thread for other important updates!) 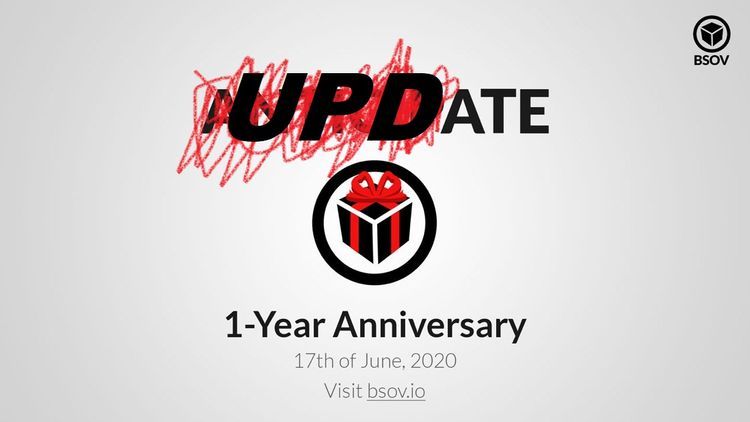 On June 17th (BSoV's birthday!) BSoV's Twitter account posted 3 different tweets about what happened for BSoV on its Birthday!

Our first article to celebrate #BSoV's Birthday written by @BSoV_Chris. Please take the time to read, like, retweet, and clap on @Medium! https://t.co/EGKthUZLYW?amp=1

Video 1: The United States Inflation Machine has now been published to Youtube Watch the video here! Visit the http://bsov.io/1year page to watch out for all the other updates that are released today! Great work @real_rouse_ https://t.co/EeWHYFdCWB?amp=1

PS: I'm posting this as myself instead of as BSoV, so that everyone knows who to blame for the past-due Holdex updates related to BSoV's first anniversary. (I feel like an incompetent (step?)father who couldn't even be there for his child's first birthday. (I can't say for sure since I'm not any sort of father, I'm 18 and I still live in my parents' house... so maybe role-model? or babysitter? I don't know, I'm probably only the 4th-7th most significant contributor of The BSoV Foundation... if even that... also I'm one of the newer members... regardless, this information probably isn't important to you at all, so I'll shut up now...)

Reminder: Check the immediately following thread for some awesome updates, such as BSoV's first official Whitepaper, and more!

Mineable by work. Committed by community. Deflationary by design.