Edit page
TL;DR : You can get a summary of this article in its last section.

Balancer is an automated market maker (AMM) platform based on an N-dimensional invariant surface, a variation in design to the formula used by Uniswap, that allows for multi-asset pools that balance, like an index fund. This has many implications for mitigating impermanent loss , asset management, and certain trading strategies.

In this article, we will provide a review of Balancer where we will dive into the team behind the protocol, its design, and the ecosystem supporting it. By doing this, we hope to better assess the impact of Balancer on the rest of decentralized finance (DeFi) and Crypto at large.

In this analysis of Balancer, we will cover 5 different sections, as follows:

Balancer was founded by Fernando Martinelli , a Brazilian serial entrepreneur and longtime Maker ($MKR) community member, as a project of Balancer Labs. Since early 2018, the fundamental design of Balancer was being tested as a project on BlockScience. Martinelli and former Maker technical partner Nikolai Mushegian published the Balancer Whitepaper in late 2019. The team then brought Mike McDonald, creator of `mkr.tools` (deprecated), to build the platform. In it, they detailed how a Balancer pool would build on the constant product market maker of Uniswap with a constant value market maker capable of functioning as a self-balancing weighted portfolio and a price sensor. 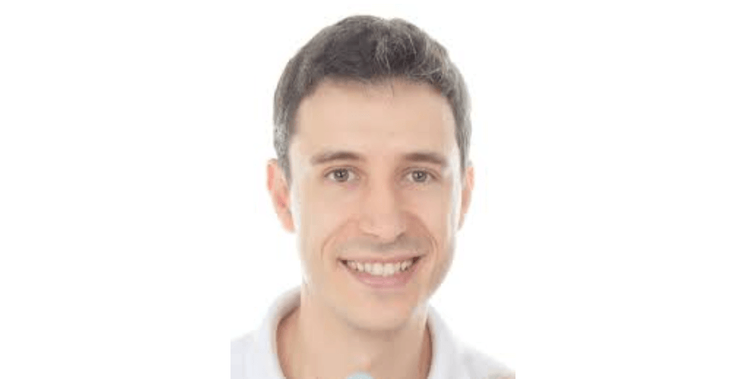 Balancer did not do an ICO. They simply launched their product in early 2020. In March 2020, they raised a $3M seed round by Placeholder and Accomplice. In June 2020, Balancer followed Compound ($COMP) in launching a governance token, $BAL, becoming the second-ever DeFi project to do so. Before the launch of $BAL, Balancer had $40M in total value locked (TVL). Today, Balancer is the fourth-largest DEX after Curve ($CRV), Uniswap, and SushiSwap and over $600B in TVL.

Balancer has been fully audited in total, three times: by Trail of Bits, ConsenSys, and OpenZeppelin.

The goal of Balancer is to provide a flexible platform for programmable liquidity. In Balancer, anyone can create a pool with several assets, potentially simulating their whole portfolio. Instead of paying fees for portfolio managers to use rebalancing strategies and actively manage the fund, the pool balances itself. At the choice of liquidity providers (LPs), they can set up a pool with up to 8 tokens and specify any custom percentage distribution to maintain, or add their liquidity to an existing pool. Moreover, LPs can also set their fees for their pools. LPs can even set up a fully private pool, where only they are allowed add liquidity. At this point, it helps to compare Balancer with Uniswap , a very straightforward DEX that’s also based on the AMM model. 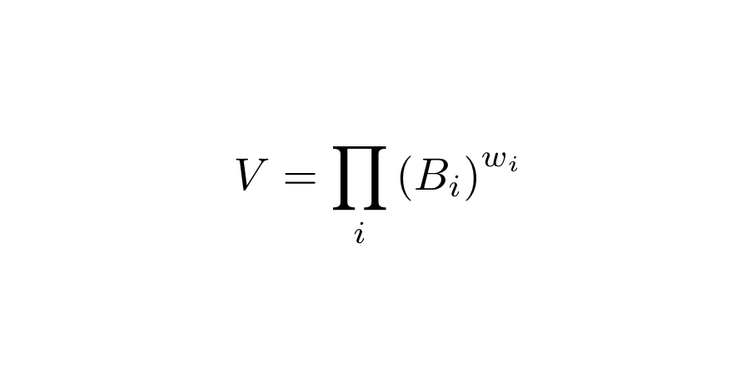 The core differentiating feature of Balancer is its multi-asset pools with custom percentage-weighing. The benefits of this approach are two-fold. First, swapping orders from the DEX side can be optimized to offer better prices and lower slippage, since an asset can be in many pools at once. Second, the LP may optimize the weight distribution of his pool depending on his view of the market i.e. if the LP is long on one asset over others in the same pool, then the pool can be set with the favored asset having a greater weight. These advantages in slippage, pricing, and pool dynamics create a flywheel effect for Balancer. 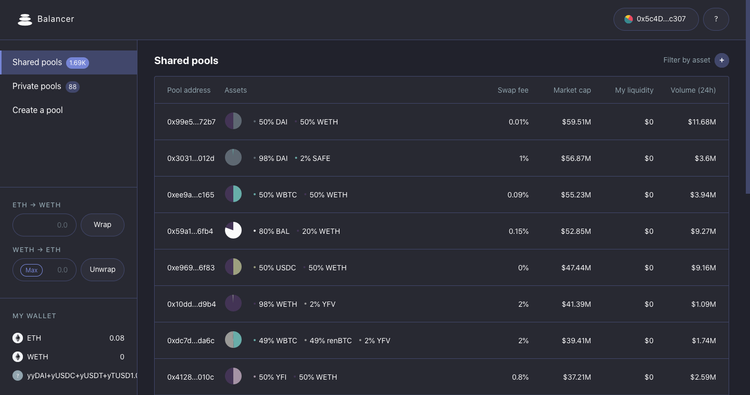 Like many other core DeFi applications, anyone — a user, a smart contract, or a DAO — can create a Balancer pool. Balancer thus represents a new DeFi primitive to provide novel use cases and experiences in DeFi tools and applications. Based on this architecture, interesting use cases like smart pools can be created which are controlled by a smart contract. One example of a private smart pool is the liquidity bootstrapping pool template by the Balancer team which serves to create deep liquidity for a new token issue without having to resort to expensive market making.

The Balancer Protocol was launched without a native token. LPs received fees that traders paid when using the DEX. No other intermediate steps were needed. This is an optimal tokenomics design, without the need for adding an additional token for “internal payments” when none is needed. 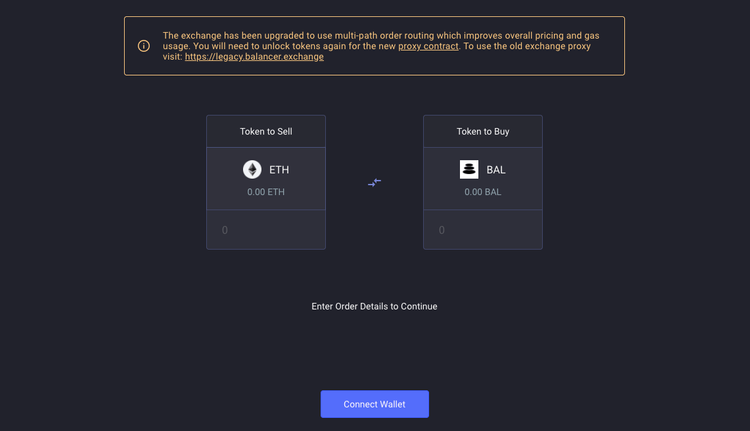 Balancer decided to launch $BAL, given the success of Compound’s $COMP token as a model for further decentralization and as an incentive to attract liquidity with the novel liquidity mining phenomenon. As a governance token, it does not add an extra step to using the DEX either as a trader or an LP. Instead, it can be “mined” or “farmed” by LPs. There is a total supply of 100M $BAL tokens, where the team, future investors, and the ecosystem fund have reserved 35M with different conditions. The remaining 65M $BAL are being distributed at a rate of 145k per week, which if unchanged would mean 8.6 years to finish the distribution. To earn some of the $BAL distribution, add liquidity to any Balancer pool, the rewards are distributed weekly, automatically. To be eligible, at least two tokens in your pool must be priced in CoinGecko. The lower the pool fees, the more $BAL is awarded, according to a multiplier called `feeFactor`. More $BAL is also awarded to “useful liquidity”, using another multiplier called `wrapFactor`, to penalize pairs that are “soft-pegged” like USDC–USDT. These incentives may evolve, as the liquidity mining program is under the direction of Balancer governance. 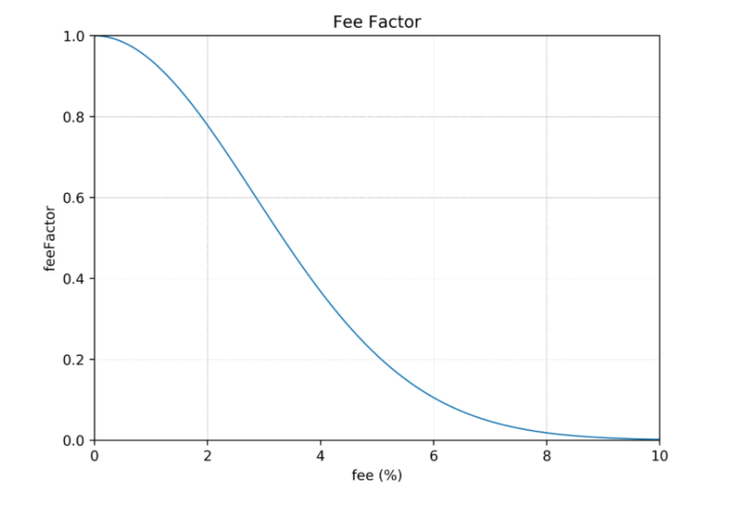 $BAL can be found with the most liquidity in Balancer, unsurprisingly. Check the exchanges where you can find $BAL with the most volume and liquidity.

Here is a snapshot of the most popular pools on Balancer , according to Pools.fyi. 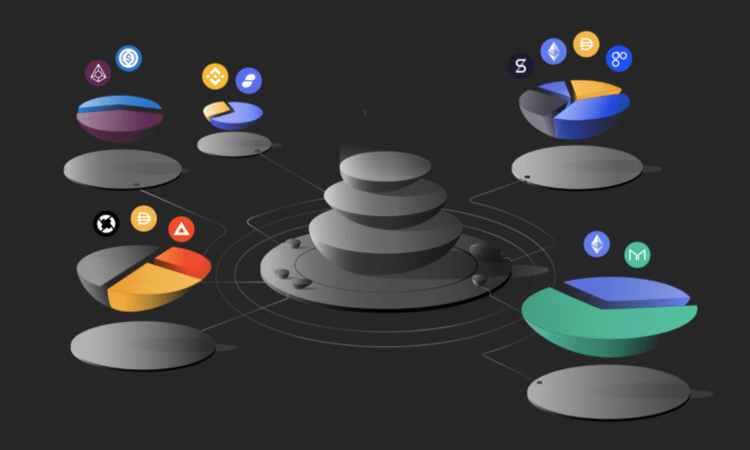 Balancer has a vibrant and engaged ecosystem. As a DEX, its classical ecosystem players are traders who use the service and liquidity providers (LPs) who make the market. However, Balancer is also an increasingly more decentralized protocol so $BAL holders are an important constituency. Finally, Blockchain devs, DeFi architects , and others who ` buidl ` are important to the rest of the Balancer community as the protocol is also a DeFi primitive, a permissionless component whose functions can be composable or made to work together with other DeFi apps.

A total of 5M $BAL tokens have been set aside for strategic partnerships. This fund is currently valued at over $100M. At the moment, no grants or withdrawals have been made from it and there haven’t been announcements as to its future use. Given the background of the founding team with Maker, we can probably expect a cohort-like approach to grant-making.

There is a detailed explanation in the Balancer docs of core concepts, as well as coding examples and instructions for working with the Balancer protocol, whether through smart contracts or its DEX trading interface via API. The mathematics behind Balancer pools and the smart order routing of the Balancer DEX is also described therein, as are the functions of Balancer pool tokens and the security of the protocol.

Balancer considers its current version its Bronze release. The Silver release with optimized gas usage and a few architectural improvements for more flexible use cases is planned for the end of the year. It is unclear what the Golden release will entail since the design is ongoing and the DeFi landscape is continuously evolving.

The Balancer team is trying hard to decentralize as many decisions on governance as possible. Albeit the share of $BAL controlled by the community at the moment is not significant, the level of involvement is high. 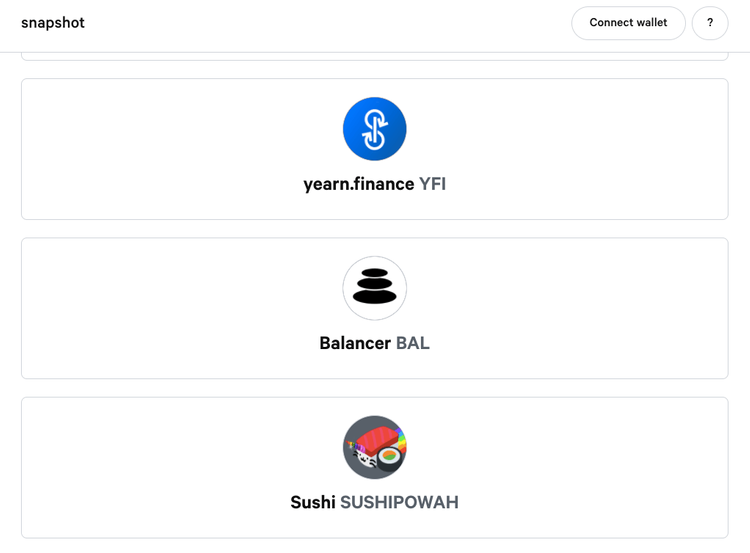 Balancer has developed a gasless governance tool “Snapshot”. The tool works off-chain by tracking blockchain blocks to conduct polling and integrating with the Web3 stack. This allows the pool to see who held which tokens during the voting process. Both proposals and votes are stored on IPFS as signed messages. The tool has been made open-source and it is free to create proposals and vote. The Snapshot documentation contains all the information you need to set up a space. Aragon ($ANT) even developed a plug-in for on-chain execution . Many projects are using snapshot-based voting: yEarn $YFI, Aave , and SushiSwap , to name a few. The project has taken a life of its own.

Balancer provides a new substrate for DeFi pools with varied and unique use cases. For your run-off-the-mill LP, it gives the option to adjust his exposure to the market while he makes fees. For the average user, it provides a way to make a self-balancing Crypto index of sorts, and invest in it while earning fees. Its DEX also provides a different way of price discovery and thus affordability and low slippage. That’s a lot of programmabilities, in a protocol that’s only been live for a few months. Expect more from the talented team at Balancer.

Excited about Balancer? Anything this article missed? Leave a comment below or suggest and edit.