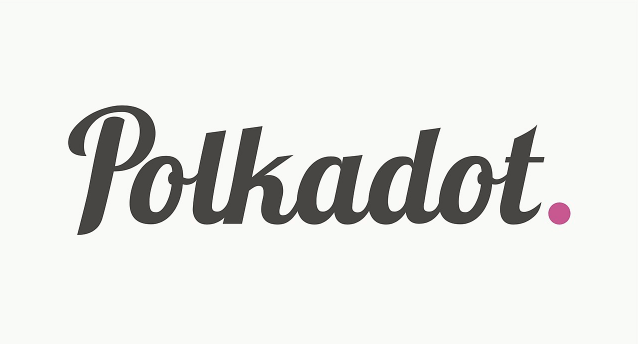 Polkadot is a sharded multichain network that aims to enable true cross-blockchain interoperability by allowing the transfer of assets and data across blockchain networks, and supporting cross-chain computation.

In presenting this guide and review of the Polkadot, I will divide my analysis into 5 sections, each containing a salient feature of the project, as follows:

Polkadot was founded by:

In late 2017, Polkadot conducted an ICO, based on the Polkadot Whitepaper by Dr. Gavin Wood. The funds were to be held in the Web3 Foundation, set up in Switzerland by Wood and Czaban to oversee the development of Polkadot. The ICO raised $144M from tens of thousands of community members, with some big firms like Polychain Capital, Fabric Ventures , Pantera Capital , Boost VC , and Fundamental Labs. A recent private sale in July 2020 raised $43M, hosted by BnkToTheFuture .

Polkadot completed a number of proof-of-concept releases, including a testnet in early 2019. By mid-2019, a “canary network” named Kusama was launched as a clone of Polkadot to test governance, staking, and sharding under real conditions. Polkadot itself was rolled out in stages in 2020, first as a Proof-of-Authority managed by validators in the Web3 Foundation, which converted to a full Proof-of-Stake model in June. Finally, in August, governance, and control of the protocol were passed to the community, which voted to redenominate the network’s DOT tokens as its first order of business. Redenomination has been completed successfully and DOT is now available for staking and voting.

Polkadot’s mission is to allow for the development of a decentralized Web, where users are in complete control as they take over their data and secure their applications against any central authority.

Polkadot itself is an infrastructure layer, where public, consortium and private chains can connect with each other and with oracles and devices. The possibilities rest on future technologies that are yet to be built. However, given Polkadot’s capabilities, smart contracts can be connected in a trustless way across chains, potentially ending the broken nature of the Crypto ecosystem.

From a more technical perspective, Polkadot was conceived to fix the shortcomings of Ethereum without destroying its ecosystem. Polkadot has decentralized on-chain governance, and the capability to upgrade or fix bugs without forking.

DOT is the native utility token on the Polkadot network, it is used for payment of transaction fees in Polkadot as well as for voting. Since Polkadot is a Proof-of-Stake (PoS) chain, DOT holders can reap the benefits given to miners in other platforms. The Relay Chain is at the root of Polkadot’s architecture, and DOT holders are participants therein. DOT holders secure the ecosystem by staking as a validator node. Users may trust a validator by nominating their DOT to them, becoming nominators, and sharing in the rewards. Validators who try to cheat the system get their stake (and that of their nominators) slashed. Nominators can support up to 16 validators as trusted. The Polkadot docs include instructions to run a validator node on Polkadot. Due to the nature of staking, DOT is an inflationary currency. According to this staking calculator , $1,000 in DOT generates about 9% p.a. in-kind if compounded as a nominator. 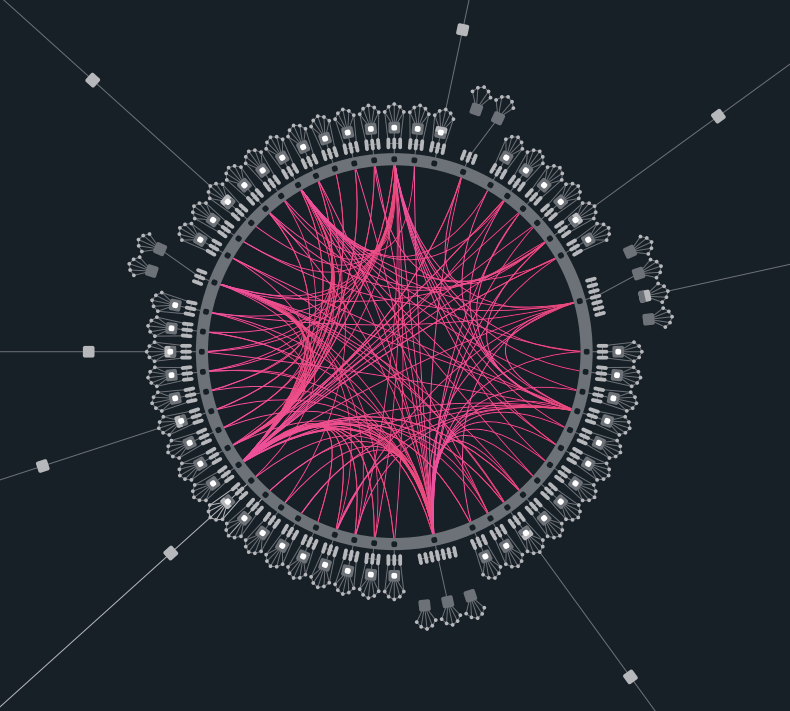 $D OT is supported by several wallets like Parity’s own Signer , Lunie , and imToken . Other wallets that are building support for DOT are MetaMask and Ledger . You can interact directly with Polkadot through its user interface Polkadot.js , where you can open a web wallet.

Polkadot has taken great care to cultivate a strong ecosystem. It has developed resources like the Polkadot Wiki and the Blockchain Fundamentals course by the Web3 Foundation to guide every community member, from the blockchain hobbyist to the network’s maintainers and developers.

The Web3 Foundation and Polychain Capital pooled funds to create an investment vehicle to partner with teams that will expand Polkadot’s ecosystem. Teams building or deploying parachains, particularly using Substrate, or adding to the Web3 stack in ways that would grow the adoption of Polkadot are being sought after as investment targets.

The Polkadot Ecosystem Fund is operated by Polychain and follows a standard equity-for-cash VC model. It is unclear how much money this fund has but spokespeople have put it “in the millions”.

For builders, developers, and researchers — either standalone or in teams — there are grants by the Web3 Foundation both general (up to $100k) and open (up to $30k). Over 100 projects have received assistance.

Polkadot facilitates development work on its platform through Parachain development kits (PDKs)*. These are Parity’s Substrate and Cumulus , the latter in development. A parachain is created to take advantage of Polkadot’s shared security as there is no need to bootstrap a new validator set. Parachains can achieve interoperability by using the *Cross-chain Message Passing (XCMP) protocol. 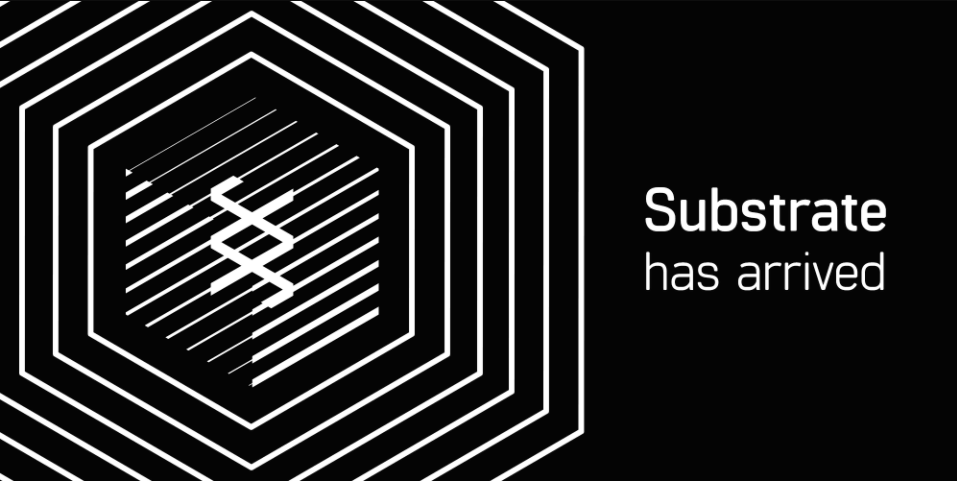 Substrate contains the basic building blocks — the networking layer, consensus, a Wasm interpreter — of a blockchain, and the tools to construct a runtime. Cumulus is meant to be an added library that makes your Substrate chain fully compatible with Polkadot, which was itself built on Substrate. With these abstractions, a parachain need not even be a blockchain, as long as it satisfies the constraints of the Polkadot network: a state transition function that is easily verifiable with a witness or proof, and a collator node to communicate with the Polkadot network and fulfill its requirements like producing the state transition proofs for the validators.

The same tools and nearly the same principles can be applied to building a parathread, a custom chain that shares a Relay Chain slot on a fee-per-block basis. A bridge is a special parachain to secure an independent chain (like Bitcoin, Ethereum , or Tezos ) that is not natively compatible with Polkadot by extending its functionality so it becomes a sort of “virtual parachain” that can be understood by Polkadot. 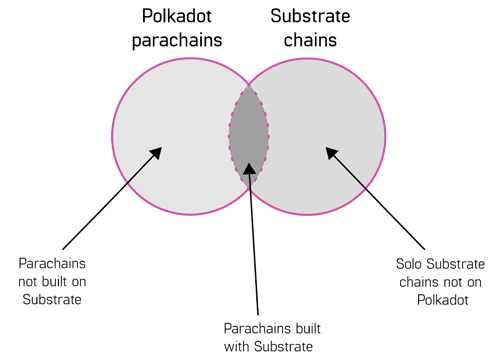 All the information regarding building on Polkadot can be found in the Polkadot Wiki .

Polkadot has taken steps from the very beginning to build a vibrant community. The year-old Polkadot Ambassador Program is a welcome way to get interested parties involved in amplifying the voice of the Polkadot core team and spreading awareness of Polkadot to potential users, developers, and maintainers.

Cross-chain DeFi has been a particular area of interest for Polkadot’s launch. Ren, the Ethereum DeFi protocol, and Acala Network , a cross-chain stablecoin platform running on Polkadot, partnered to bring PolkaBTC, a redeemable wrapped BTC token, for use in the Polkadot network in collateral and lending and also on staking rewards. A Chainlink partnership has also been announced by Polkadot with the former acting as the primary oracle provider for all Substrate-based chains.

Bridges are also being built through partnerships: the Web3 Foundation has partnered with London-based development firm Interlay to build a BTC-parachain that would allow users to deposit BTC and mint PolkaBTC on a 1:1 ratio using its open-source XCLAIM framework. Parity has also developed a Substrate EVM that runs unmodified Solidity code for use in Polkadot parachains, and is investigating adapting the Parity Bridge used in $ xDAI, for example, to connect a Parity-Ethereum-PoA chain to a Substrate parachain and by extension, to Polkadot. ChainBridge is another project that aims to build a two-way bridge from Substrate to Ethereum.

Polkadot is a superlative achievement in blockchain technology and engineering. In a world of competing for cross-chain protocols and difficult-to-scale networks, Polkadot offers a refreshing and community-powered framework to build a better, more decentralized ecosystem of applications that is interoperable with existing technologies.