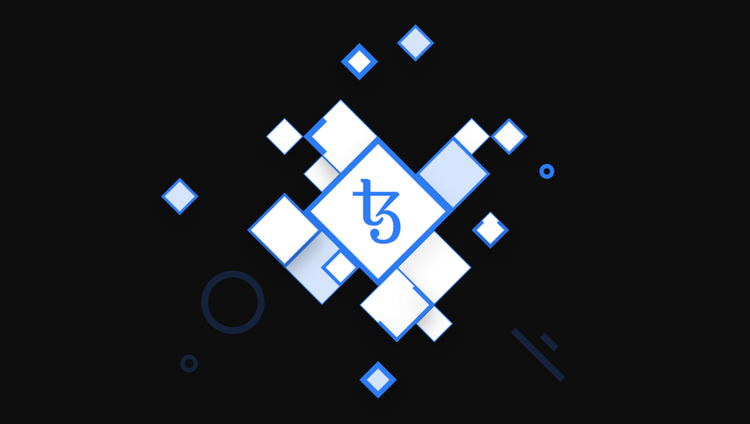 Tezos is a public blockchain network with an on-chain governance model that is capable of modifying its own set of rules with minimal disruption to the network.

In presenting this guide and review of Tezos, I will divide my analysis into 5 sections, each containing a salient feature of the project, as follows:

Tezos was built on the premise of the Tezos Whitepaper by L.M. Goodman, likely a pseudonym, which was released in late 2014. A few months later, Arthur Breitman and Kathleen Breitman got together a core team of developers and started working on the Tezos project.

The pair founded a company, Dynamic Ledger Solutions, and raised $232M in an ICO in mid-2017. The main elements of the pitch were there as now:

This innovative and unique design attracted wide attention in the Crypto community and made it one of the most successful ICOs of 2017. The Tezos Foundation, per the ICO agreement, committed to purchasing Dynamic Ledger Solutions.

The Tezos mainnet went live in late 2018. Due to the significant appreciation of the crypto assets raised in the ICO, the Tezos Foundation controls assets in excess of $600M.

Since its Whitepaper days, the Tezos founding team has been predicting the growth of the token economy, and the deficiencies of both the Bitcoin and Ethereum networks. The DAO incident, in which Ethereum forked (into Ethereum ($ETH) and Ethereum Classic ($ETC)), gave reassurances to the Tezos team that they were on the right path.

Tezos wants to be at the forefront of “a true digital commonwealth”, a future where mission-critical applications like the underpinnings of our financial systems can run in a decentralized manner because issues of security and scalability have been addressed. Moreover, the unlocked wealth from such a future will be spread amongst all participants, big or small, a model that Tezos calls “ open participation”. This is achieved in Tezos via allowing all holders to either participate in their staking or delegate and partially stake Tez ($XTZ) to avoid dilution by inflation.

The Tezos Foundation defined the ecosystem roadmap simply as “supporting initiatives put forward by the community in their efforts to advance Tezos”. Clearly, with many tools coming out to make Tezos easier to build on top of, as well as a steady stream of financial institutions partnering with Tezos to create secure digital assets, it is the team for development in Tezos to enter its next phase.

The native crypto asset in Tezos is the $XTZ token, often referred to as a “tez” or “tezzie”. Tezzies are used to pay for transactions on the Tezos network, where they derive their utility. Tezzies are also used for voting on the on-chain governance of Tezos.

Tezos uses a consensus mechanism called Liquid Proof of Stake (LPoS) which allows all users to participate in staking which in the Tezos community is called “ baking ”. Stakers or “ bakers ” are the validators of the network. Holders of $XTZ can also delegate their tokens without losing ownership, allowing them to participate in the baking rewards. This shouldn’t be confused with delegated Proof of Stake (dPoS) which is used in EOS and TRON to achieve consensus, and where delegation to a fixed number of “block producers” is required for consensus. In Tezos, delegation is optional, a right of a holder of Tez. 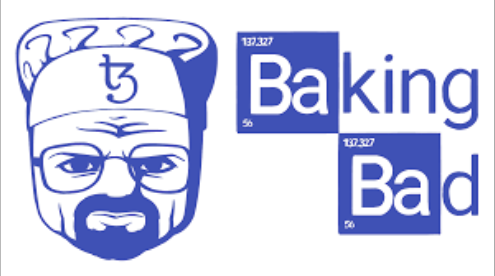 According to CoinMarketCap, XTZ is found with most volume and liquidity on:

The best wallet for $XTZ is the TezBox wallet which is a self-custodian wallet built specifically for $XTZ. There are crypto wallets that support $XTZ (Atomic Wallet, Trust Wallet, and Ledger).

Tezos is building a robust ecosystem. Besides the Tezos user community and its bakers, there are a number of groups of interest like researchers & developers, app and product makers, and educators that Tezos supports directly. Moreover, enormous efforts are being directed towards making the Tezos infrastructure more accessible to build upon. Tezos also has a network of partners that work with the rest of the ecosystem to bring more use cases of Tezos into the mainstream.

The Tezos Foundation has a war chest of about $600M that it used to actively promote and further the usability and robustness of Tezos. So far, a program of ecosystem grants has been launched over four cohorts and is set to become a permanent ongoing effort starting from late 2020. In total, nearly 80 teams and individuals have been given grants to build the Tezos infrastructure for development, dApps on Tezos, and education and awareness projects. Tezos will publish a wishlist with formal requirements to guide applicants. After formal applications for grants are made, initial vetting against requirements is made, followed by a technical assessment and a due diligence process. A final decision is made by the Tezos Foundation at the Council level and legal paperwork is completed before a grant is finalized.

Smart contracts in Tezos are written in a new language called Michelson, which can also be thought of as the virtual machine in Tezos. Unlike the Ethereum Virtual Machine (EVM), Michelson was not designed for any arbitrary computation — its mission is to write secure smart contracts by facilitating formal proofs, rather than becoming the “World Computer”. As can be noted from the Michelson specification, this is not a particularly accessible language to write smart contracts directly in Tezos.

Several tools have been developed to use high-level languages in writing Tezos smart contracts. A Python library is available in SmartPy and a TypeScript library in Taquito. LIGO is another Pascal-inspired language that is compiled into Michelson. The main syntax of PascaLIGO is accompanied by other supported syntaxes like CameLIGO for OCaml and ReasonLIGO for TypeScript. These tools significantly reduce the bridge between the paradigms in Michelson and smart contracts in general with the more common imperative and functional programming.

Tezos has seen important industry adoption as well as interest by publicly-funded institutions. Partnerships have been announced with firms like Globacap, an FCA-regulated digital security issuance platform based in London, and Taurus Group a Swiss-based leader in digital asset custody and market infrastructure. Also running on Tezos are high-profile crypto assets like Andra Capital ’s Silicon Valley Coin which represent an interest in an open-ended fund for late-stage tech startups.

The Tezos Foundation has also signed partnerships with Korea University and the Tribe the blockchain accelerator by the Government of Singapore, to create training and research opportunities for the underlying Tezos technology and use cases.

Tezos has become an important player in use cases of Blockchain that require near mission-critical security. The design of Tezos aims to overcome shortcomings of Blockchain in general (expensive to run, susceptible to forking (community splits), and bias towards big nodes, players, etc) and of smart contracts in particular (unpredictability, catastrophic bugs, obscure compilation/decompilation). Because of its design advantages, Tezos has become a strong candidate for asset tokenization, particularly real estate and tokenized securities. As Tezos relentlessly pursues adoption within the developer community, we expect its advantages to become amplified and its ecosystem to become as robust as we see in Ethereum today.

Excited about Tezos? Anything this article missed? Reply below to let me know!