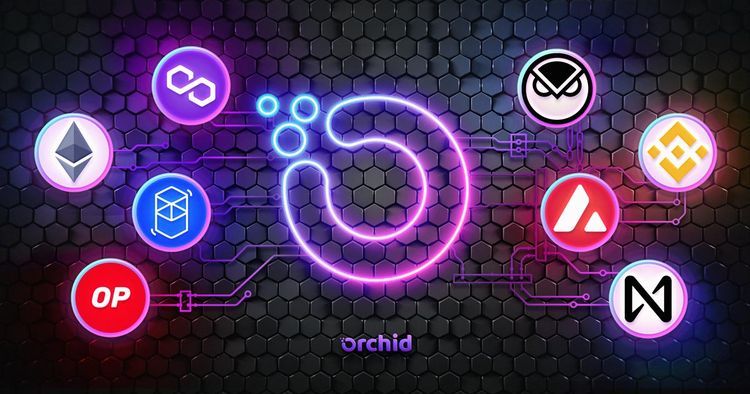 Orchid's network and VPN service now support payments on eight blockchains, consistent with the Orchid community's goal of more open Internet access to everyone in the world. Users who self-custody any of the 8 native tokens on their respective chains now can move their funds into Orchid accounts using the Orchid dapp V2 and pay for VPN service with nanopayments on that chain. Lower blockchain fees make adding and withdrawing funds cheaper along with reducing the deposit required—in some cases to just a few pennies.

Jay Freeman, Orchid's Chief Software Architect said, "Over the past two years, we've seen layer 1 chains largely converge on functionality, making them a commodity for Orchid's layer 2. Orchid's probabilistic nanopayments layer is now chain-agnostic, allowing the Orchid ecosystem to decide its own trade-off between security and cost." He further added: "The Orchid community has been filing issues with a number of layer 1 projects and advocating for fixes, to help the Ethereum ecosystem maintain multi-chain compatibility."

Probabilistic nanopayments are an EVM-compatible layer-two that enable tiny amounts of money to be sent as off-chain probabilities. The technology is somewhere between "one-to-many payment channels'' and "probabilistic roll-ups". When users buy bandwidth, payments are streamed in the form of nanopayments, each of which is worth approximately (depending upon how the account is configured) one-thousandth (1/1,000) of a penny. Nanopayments allow access to a unique pay-as-you-go model for the Orchid network's VPN service—with no fixed fee or centralized subscription model—for a truly trustless and decentralized marketplace for bandwidth.

Increased affordability is particularly important given the pressure Ethereum faces from high gas fees, which have emerged as a challenge to projects throughout the ecosystem. With over $100 billion now locked in decentralized finance (DeFi) projects, prices are likely to remain elevated for the foreseeable future. And as network fees increase on a given chain, Orchid accounts require a higher amount of funds in the balance and deposit. Identifying a solution that ensures people are not priced out due to gas fees has therefore been a central focus for the Orchid community—particularly for the Orchid network's global users for whom high cost has the potential to be prohibitive.

Multi-chain compatibility gives users an alternative to high gas prices on Ethereum by allowing them to pay for service on other chains. A system for multiple chains allows users and providers options to find lower transaction fees, and helps provide the most competitive network fee pricing to users everywhere.

Orchid's native digital asset, the ERC-20 OXT , is used to secure the network of providers and is still the only currency used for staking. The asset only exists and is used on Ethereum. Providers must stake OXT to be eligible to offer bandwidth, and are awarded business at a rate proportional to the amount staked. The more bandwidth that is purchased by users on the Orchid network, the more incentive that node providers have to stake OXT in order to sell bandwidth and meet the demand. Newly supported chains on the Orchid network serve to remove significant cost barriers for users to purchase bandwidth.

People can now set up an Orchid account and purchase bandwidth on any one of the following eight blockchains by going to account.orchid.com :

There is a new version of the dapp to support the 8 chains and a dark native theme to match the app. Users need the native token on the blockchain they want to use and can then connect their wallet holding the funds to account.orchid.com . The fees to add, unlock and withdraw are dramatically lower on newer layer 1 blockchains. Orchid bandwidth is still charged in USD and converted at the current market price of the native token. Using self-custodied crypto gives users many more options to pay for VPN service.

Ethereum is at an important inflection point in its evolution, as increased demand continues to put upward pressure on gas fees. The solution to high Ethereum gas fees is multi-chain compatibility for any EVM-compatible chain to enable people to use the Orchid network for mere pennies, bringing the Orchid community one step closer to making open online access available to everyone, everywhere.