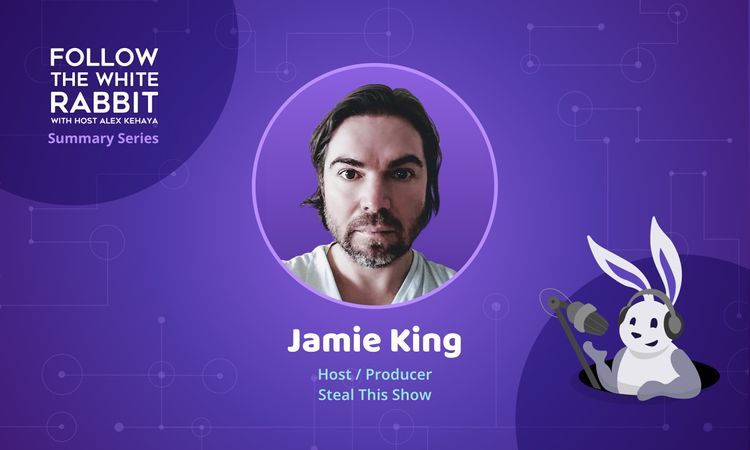 Jamie King's filmmaking career crosses the arc from his pioneering distribution of the documentary Steal This Film to his latest project that analyzes mass manipulation around false memes such as Stop the Steal.

In the latest episode of the Follow the White Rabbit podcast, which aired in the aftermath of rioters storming the U.S. Capitol in protest at what they wrongly believed was a stolen presidential election, Jamie said we are living the consequences of reality wars'. But, he said, these wars are nothing new and cannot be blamed on the Internet.

Be the first one to reply to Derek E. Silva