Talleo Project is looking for developers who have medium or expert level experience with Xamarin, C++ - C# wrapper functions, Android and iOS development, and CryptoNote codebase.

Talleo Project is uncorporated educational organization with multiple locations across Europe that aims to teach blockchain development to wider audience. Its main focus is bridging existing technology together with as small costs as possible without compromising security and efficiency.

Talleo Project is best known as organization behind Talleo, a cryptocurrency based on Bytecoin 2.0 codebase with improvements merged from various other projects and new code from in-house developers.

Talleo doesn't incorporate code from commercial or closed-source products and as such doesn't pay salary (in national currencies or other cryptocurrencies) to open-source developers. Any compensation comes from added value of Talleo, the primary cryptocurrency of the project.

Developer that finishes a task with fully working end result is rewarded with 100.000 TLO. Talleo Project will reserve unrestricted right to publish whole source code on the official GitHub account for archiving and audit purposes in exchange for developer to have restricted legal rights to use Talleo trademarks including any required graphics for any software directly using Talleo blockchain.

Be the first one to reply to Talleo 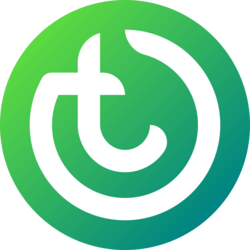