Decentraland is a decentralized, open virtual world where users are owners: of digital real estate, of other assets like non-fungible cryptoart, and of the content they create. Powered by Blockchain, this three-dimensional, fully-immersive, transversable world reinvents the social network and puts the user and the community at the center of the experience.

In presenting this guide and review of Decentraland, I will divide my analysis into 5 sections, each containing a salient feature of the project, as follows:

Decentraland was started by Esteban Ordano, a seasoned blockchain engineer, co-founder of OpenZeppelin , and co-creator of the Bitcore library; and Ari Meilich, an entrepreneur with experience in big data analytics and venture capital. They were joined by Manuel Araoz, also a co-founder at OpenZeppelin and the creator of the first non-financial application of the Blockchain, the Proof of Existence ; and Yemel Jardi, a veteran blockchain developer and professor of discrete mathematics and Blockchain software. This highly technical team had been the core of the Blockchain developer community in Buenos Aires when they started to question the future of both virtual reality and social networks, and came up, of course, with an on-chain solution.

Their answer was the Decentraland Whitepaper and ICO in 2017. The project caught the imagination of the Crypto community and soon the team had raised $28M and been backed by some of the who’s who in Crypto investing: Boost VC , Fabric Ventures , Genesis One Capital , Fundamental Labs , and the Digital Currency Group .

Most of us spend significant amounts of time on social media. The Internet has given us a great opportunity to create networks that erase distances and allow us to stay connected and informed. Moreover, we have started to live part of our lives on the Internet, socially, sometimes for leisure, and more than ever for work. Yet, technology keeps advancing and we realize most social media we interact with today is not keeping up. For one, our social media world is two-dimensional: the interfaces we click and touch on our desktops, tablets, and mobile devices to communicate with one another. Moreover, we have come to rely on the operators of these social media networks, who control the rules of the game and reap enormous rewards for our interactions. That is, users — through creating content, inviting their friends, and becoming influencers — expand social networks, but do not get ownership or control of most of what they build. Decentraland aims to change the dynamics between users and social network operators and to turn our social networks into a three-dimensional world we can freely traverse, with all the possibilities that implies.

Besides decentralization, other advancements possible by the use of Blockchain involve the creation of a marketplace for goods and services, as well as allowing for users to protect their in-world creations from being copied as to allow them to be traded in a virtual marketplace.

LAND and MANA are the key cryptoassets in Decentraland, both run on the Ethereum network.

LAND is the decentralized protocol that holds the registry for parcels (akin to “plots of land” in the real world) in Decentraland. Each LAND token is non-fungible and represents a unique parcel. As parcels are virtual real estate, each has its own coordinates in Decentraland, and full ownership is given to the single holder of that specific parcel’s LAND token or “parcel of LAND”, for short. LAND Estates can be created by associating two or more parcels of LAND as long as they are all adjacent to each other. The owner of a parcel of LAND controls the content on that parcel of LAND, and can give permissions to other users to edit such content while retaining the ability to sell the token.

MANA is the in-world currency of Decentraland and a fungible ERC-20 token. MANA’s supply is fixed and is not mineable, which means since the Decentraland ICO, MANA can only be found in secondary listings, of which the following exchanges are most liquid according to CoinMarketCap :

MANA can also be purchased in Coinbase .

Whenever MANA is used to buy a parcel of LAND it is burnt. MANA is also burnt when names are claimed or when wearables are purchased from the in-app store.

The Decentraland Metaverse is a decentralized open virtual world, a concept more extensive than a simulation game like the popular social simulation Animal Crossing: New Horizons and more censorship-resistant than the somewhat infamous Second Life .

Currently, the Metaverse is in its Iron Age according to the development team. You can fully “play” or join in the simulator, and third-party developers can deploy code in Decentraland’s application layer as well as a content layer to enrich its virtual world.

Parcels can be further organized into Districts , which are meant to be themed communities. I mean, we all want to get along with our neighbors, no?

District proposals at present are made through GitHub .

Avatars are visual representations of users in Decentraland. Avatars can be customized in-app only, as they are outside the scope of third-party development. A quirk is that each Avatar has a unique name. You can claim your Avatar name before it is taken, by using a Decentraland wallet and paying 100 MANA. However, you can also create an Avatar and not claim a name, or claim it later. An advantage of creating an Avatar with the Decentraland wallet is that you receive a Passport, which acts as your digital identity in the Decentraland ecosystem. 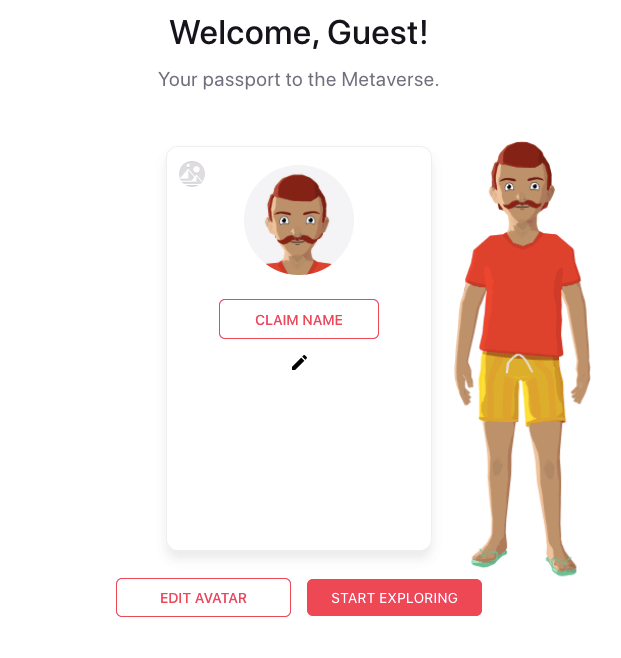 Avatars wearables are also customizable, and NFT wearables already exist and are traded in the internal marketplace.

The Decentraland Marketplace is its internal ecosystem to transfer parcels of LAND and Estates, as well as wearables, and unique names. The Marketplace facilitates listings and P2P transactions between users who decide on the price and negotiate by themselves. There is an Atlas view which is like a surveyor’s map and indicates which LAND parcels and Estates are for sale, as well as other LAND and their registered owner, if any. You can buy outright or place a bid to any LAND you see. There is a more traditional Marketplace view where you can see different listings, including non-LAND assets like wearables and unique names. 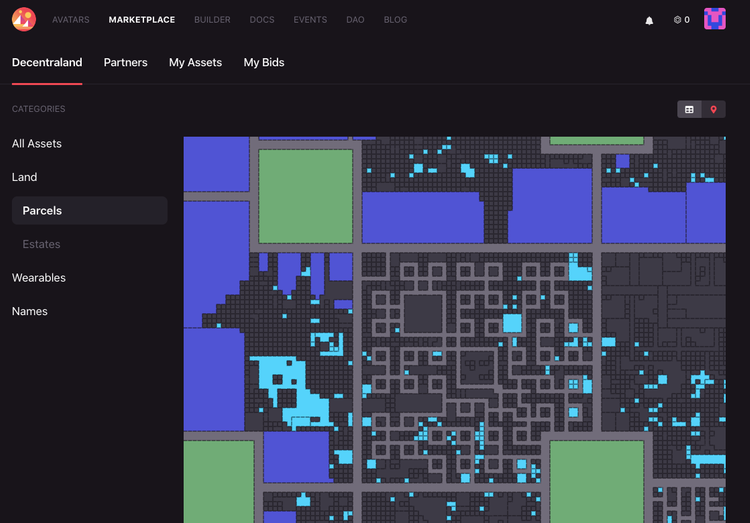 You can also buy MANA at the Marketplace from third-party reserves through an integration with Kyber Swap .

Decentraland has released an SDK and in-app GUI called Builder that runs the SDK under the hood. The Builder acts like a visual editor where users can create Scenes which are graphical objects that will be loaded in Decentraland. Scenes can be loaded on LAND you own or LAND that has granted you permission to do so. 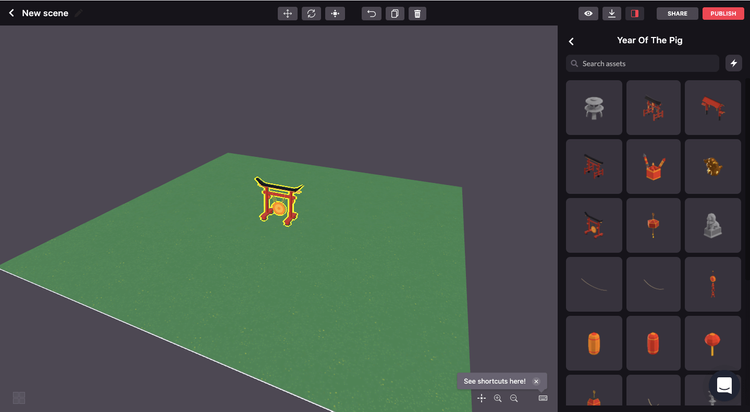 The Builder is like the object-building module for The Sims but the SDK is much more advanced: objects can be coded from scratch or a 3D file may be uploaded. However, there are some limitations to the graphics that can be displayed in Decentraland. Overall, the platform is not yet mature in its visual polish but as the Ethereum network increases its performance and the Decentraland community hosts more servers, improvement to the graphics will be made.

Decentraland is definitely a very promising project. Personally, I find the pitch of using the power of Blockchain in conjunction with VR and a 3D-transversable world much more compelling than anything Facebook can come up with to hold its social network together. Team Decentraland definitely has delivered and can now enjoy a comfortable ride in the backseat as the DAO and liquid democracy take over the custodianship of the ecosystem. Just as a lot has happened in the past 3 years since the ICO, a lot will be happening now that the Decentraland Metaverse is up and running as districts take shape, dApps are made for the application layer, and the social dynamics of the virtual world take shape. Expect virtual banks, virtual stores, and virtual co-working spaces (and virtual parties, of course) to prop up all over Decentraland. Virtual real estate will climb in value commensurate with its utility, and the more users are active in Decentraland, capital will find its way into areas of high-traffic and high-interest inside the Metaverse as much as they do in our natural universe. The Crypto-Verse continues to expand. I am excited to see what Decentraland will look like in the Bronze Age.

Excited about Decentraland? Anything this article missed? Reply below to let me know!