QuarkChain is a high-speed blockchain network with a next-generation architecture that aims to deliver significant performance efficiencies at scale over existing technology without sacrificing security or decentralization.

In presenting this beginner’s guide and review of QuarkChain, I will divide my analysis into 5 sections, each containing a salient feature of the protocol, as follows:

QuarkChain was founded in 2017 in Palo Alto, California by Qi Zhou, a Ph.D. in electrical and computer engineering from Georgia Tech who then became a senior software engineer in Google and finally Facebook. Qi decided that his talents on performance optimization would be better spent in the world of Blockchain, where both Bitcoin and Ethereum networks had become slow and expensive, and capping at between 10–20 transactions per second (TPS). In fact, going through the QuarkChain Whitepaper and other literature on the project, the obsession with TPS is clear. QuarkChain makes the bold promise to reach 100,000 TPS once its new mainnet launches later this year — twice as fast as VISA! These are Hyperspace-tier speeds!

Development on QuarkChain is done under the auspices of the QuarkChain Foundation, which is based out of Singapore. Generally speaking, the course of development has been on track, with the QuarkChain network already demonstrating speeds of 15,000 TPS in testnet environments.

The QuarkChain team believes that the current vision of a decentralized world of self-sovereign finance and commerce cannot be realized by the Bitcoin and Ethereum networks due to scalability issues. Moreover, existing alternatives or proposed solutions compromise either security or decentralization and therefore will take the Blockchain movement down the wrong path.

QuarkChain’s main innovation is an implementation of sharding into the Blockchain. Shards are groupings of data that are “broken” up from its original tabular structure, usually in horizontal partitions, to spread the load. As a Blockchain is essentially a distributed database, shards are just clusters of the QuarkChain itself. Transactions can also be clustered. In fact, the design of QuarkChain consists of a two-layer blockchain, with an elastic sharding layer on a root blockchain (rootchain) that confirms transactions. The clusters can be processed in parallel by the elastic sharding layer, making the confirmation for each block faster. In order to develop such implementation, QuarkChain must be able to check whether a transaction is in-shard or cross-shard depending on whether the input and output addresses are in the same or in different shards, respectively. In-shard transactions are like regular blockchain transactions, since each shard has a full copy of the ledger, while cross-shard transactions are technically trickier and require coordination among the different shards. The QuarkChain implementation of sharding is advanced in its goals, wanting to give each user the ability to initiate a cross-chain transaction at any time, and using a smart wallet to better coordinate and manage network resources so as to negate the need to open addresses across many shards to interact with all users in the system, which would complicate the user experience with address management issues.

One must note, at this point, that Ethereum in its well-awaited Ethereum 2.0 upgrade is developing a sharding architecture as well. There are, however, more architectural peculiarities of QuarkChain that make it, at least in theory, a very agile protocol. QuarkChain does not require a supercomputer to run a full node, which is useful as data volumes tend to become extremely large once a blockchain has any kind of traction. The protocol allows a grouping of users to add their computation power and form a node. Such design considerations promote decentralization.

Another point of flexibility for QuarkChain is its comparability with other existing elements of other blockchains. This is due to its adoption of the principle of heterogenous sharding , meaning each shard be implemented with different transaction models, consensus mechanisms, ledger models, and tokenomics. For example, a particular shard can follow the Ethereum Virtual Machine (EVM) transaction model, use Proof-of-Work (POW) consensus mechanism, use accounts as a ledger model, and use a native shard token with inflationary expansion tokenomics. In fact, this chain shard would be akin to Ethereum 1.0 and QuarkChain has in fact adopted the EVM to allow developers to easily migrate their dApps and smart contracts. Another shard could be set up with WebAssembly (WASM) as the transaction model with smart contracts support, Proof-of-Stake (POS) as the consensus mechanism, and unspent transaction output (UXTO) as the ledger model. Moreover, through the process of resharding, the network resources can be restructured, and configurations changed, without the need for a hard fork.

QKC is the native token of the QuarkChain ecosystem. Similar to other protocols in recent years, QKC was originally a native ERC-20 token with an expected swap to the QKC mainnet. This swap was announced as an ongoing process in mid-2019. You may still swap your QKC ERC-20 if you still hold them, or acquire them to swap them in a later future as QuarkChain is keeping the total supply of QKC fixed irrespective of ERC-20 or mainnet.

QKC is the utility of the QuarkChain protocol, a mineable coin. The QuarkChain team developed the proprietary Boson consensus , based on the distribution of hashpower, that guarantees at least 51% of the hashpower is on the rootchain, which uses a Proof-of-Work (POW) consensus mechanism supporting a variety of algorithms on its shards like Ethash , Double-SHA-256 , and the proprietary QkchashX which is also supported on the rootchain. QuarkChain is in the process of implementing staking support with a new consensus on the rootchain called Proof-of-Staked-Work (POSW) which essentially reduces the difficulty of the consensus algorithm depending on the amount of QKC staked by the node.

According to CoinMarketCap , QKC is found with most volume and liquidity on:

The official QPocket wallet supports mainnet QKC , ETH , TRX , and ERC-20 tokens — available for iOS , Android , and as a web extension on Chrome . For ERC-20 QKC, you may use an ERC-20 wallet like MetaMask .

A protocol’s ecosystem development rests on the strength and viability of its native projects and those by its partners, as well as the support received from the core team and the community in development tools and infrastructure to make any supported applications reach their use case goals.

QuarkChain supports a Devnet as well as libraries for Go and Python implementations of QuarkChain, as well as a Web3 client library in GitHub .

Scheduled for release on the second half of 2020, a new mainnet called BigBang will be released with Multi-Native Token support. Normally, a protocol has only one native asset for example Ethereum and ETH . This native asset is a first-class citizen in computer-speak and is an entity with access to all the main functions in the system, for example, settlement of network fees. Other assets like ERC-20 tokens must convert to ETH to pay network fees or invoke smart contracts, which is a source of complexity in the system. QuarkChain’s BigBang will support other Cryptoassets as first-class citizens. QuarkChain promises a one-click interface to launch native tokens in QuarkChain. This, together with the launch of QPool which is allowing any address in the chain to stake QKC for yield, creates the necessary ingredients for DeFi support.

QuarkChain expects the use cases of its state sharding and heterogeneous sharding technologies provide the required flexibility for enterprise adoption. To that end, QuarkChain has announced an in-depth technical cooperation with AWS to provide a Blockchain-as-a-Service (BaaS) enterprise platform to deliver enterprise blockchain solutions through the cloud in a compliant manner. Morpheus Labs is another notable partner of QuarkChain in BaaS.

QuarkChain announced last month a partnership with the Chinese province of Shanxi to develop an environmental governance platform running on its network. This announcement comes after a successful pilot proved the use case of managing limited natural resources in the province in high demand by the construction sector. This is an application of logistics and supply chain management which is a use case that’s expected to help track $300B worth of goods in 5 years in some major categories like food.

QuarkChain is likely one of the most determined and pioneering blockchain projects out there. Its innovative architecture proposition, with a two-layered blockchain and implementation of sharding technology and flexible configurations on the transaction model, consensus mechanism, and ledger model represent major breakthroughs in blockchain agility, scalability, and security. More importantly, its aims to deliver 100,000 TPS and set the bar higher for the performance of Blockchain would be groundbreaking and enlighten the importance of dedicating research and top talent in this field as it brings the power of distributed networks beyond the domains of self-sovereign finance.

Excited about QuarkChain? Anything this article missed? Reply below to let me know! 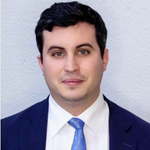