Manny Reimi • Announcement
Oct ‘20
We are making a video series on the Basics of DeFi. Watch our second video embedded on this thread, or follow along by reading below. If you missed it, here is the first video (Trading vs Yield Farming) .

Yield Farming, like any discipline, has its own “language” and set of concepts. The world of DeFi apps has been described as “money LEGOs”. Essentially, what we refer to as “DeFi” is but as a system of interconnected decentralized applications (dApps)*. This interconnectedness is not directed by any one organization or team — it isn’t even necessarily considered *a priori, before any one dApp is deployed. Rather, due to the permissionless and decentralized nature of Ethereum apps, DeFi dApps can make use of one another to complete an experience, workflows, or design. DeFi architects and developers can rely on the immutable, censorship-resistant code in smart contracts in ways they cannot rely on, say, an API by a centralized app provider. The system of DeFi apps is thus said to have the property of composability*. Each *composable dApp in DeFi being a module of the whole infrastructure: a “LEGO block” that developers of the next DeFi dApp can build upon.

Charlie Munger, Warren Buffett’s multi-decade-long investment partner in Berkshire Hathaway, says he only invests in something if he is “capable of understanding” it. In order to do Yield Farming, we have to understand these blocks and how to use them in order to build an effective money-making strategy. 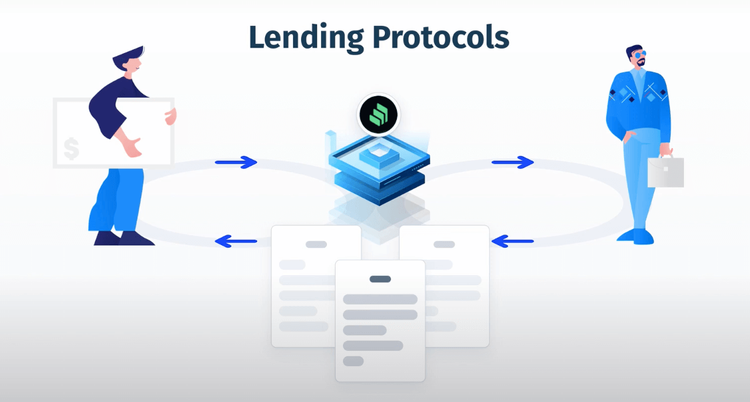 By recreating credit markets in DeFi, lending protocols are arguably the most basic building blocks of DeFi. Just as in traditional credit markets, some users borrow and some lend their assets. However, unlike in centralized finance (CeFi), DeFi lending and borrowing works through smart contracts without an intermediary. Take Compound , for example: for each supported cryptoasset a set of markets is created, consisting of a lending pool and a system for taking collateral, issuing loans, and liquidating those loans that go bad. The interest rates for both sides of the equation are determined programmatically. Instead of loan applications and credit checks, would-be borrowers deposit collateral as a guarantee of repayment. The process is extremely simple, and no personal data or even an email is collected – the whole process can be done end-to-end by connecting a Web3 wallet like MetaMask to the Compound interface.

These credit markets are at the heart of DeFi. We can clearly see why lending and borrowing have a clear utility and how decentralizing these processes can power a whole set of new open finance apps. Trusting only a smart contract, a HODLer can now earn yield by becoming a lender. And although you may not buy a house or live on credit through collateralized lending, you can keep exposure to your favorite assets while taking opportunistic loans to make quick money: leveraged arbitrage and margin trades on decentralized exchanges (DEXs), for example. Say you own bitcoin but expect a sudden spike in volume on the $ ETH –$ DAI pair on Uniswap , you could deposit the $BTC on Compound, take out loans in $ETH and $DAI, add liquidity on Uniswap, and get in on the fee action before paying your loan back and keeping the profit. In fact, DEXs, where liquidity can be added or withdrawn quickly by anyone, are another core “money LEGO” of DeFi. 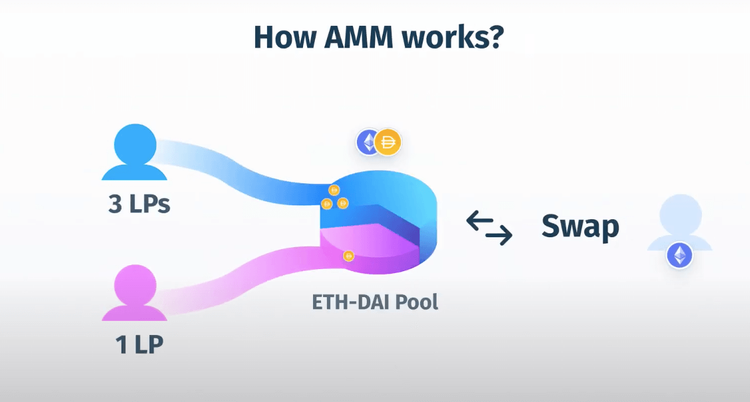 There is a new kind of DEX in town. The first-wave of DEXs followed the order book model, but convincing users to add liquidity was difficult, and combined with high fees and slow performance, DEXs were a user experience nightmare. Nowadays, DEXs following an automated market maker (AMM) model like Uniswap and Balancer allow any user big or small to provide liquidity to any swap market in Ethereum. Furthermore, they allow the quick and creation of a new swap market by anyone, as well as bootstrapping liquidity much more affordably than providing a thick order book would be. AMMs work with a simple formula that allows trading fees to be given proportionally to liquidity providers or LPs. This encourages LPs to cooperate to build a market with high volume (and thus high fees), in contrast to how LPs compete with each other in centralized exchanges (CEXs) as they tighten bid-ask spreads. 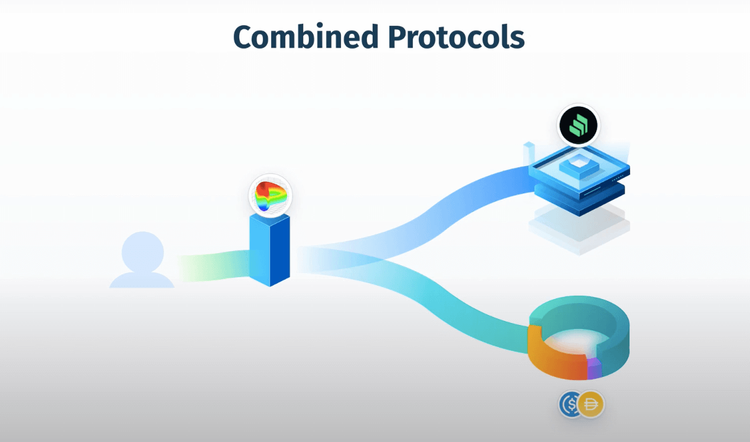 Having explored two major money LEGOs, decentralized lending and automated market makers, naturally we want to see how they stack together. Luckily, there are many strategies in DeFi that combine them. Again, composability. One great example of the tokenized economy in action is how certain tokens in DeFi can come to represent a user’s underlying assets and position in a protocol while simultaneously making that position tradeable — kind of like a derivative. For example, an “interest-bearing token” provides a way to track and redeem a deposit plus accumulated interest in a lending protocol, whereas an “LP token” given by a DEX represents an LP’s share of a given liquidity pool. Thus, a user with $DAI may deposit it in Compound, receiving a counterparty $cDAI that represents that position plus accumulated interest. The user could then take $cDAI to a DEX and provide liquidity there, earning both lending interest and trading fees on their $DAI holdings. In fact, stablecoin DEX Curve does this for LPs of $DAI and $USDC in their comp pool by integrating directly with Compound. 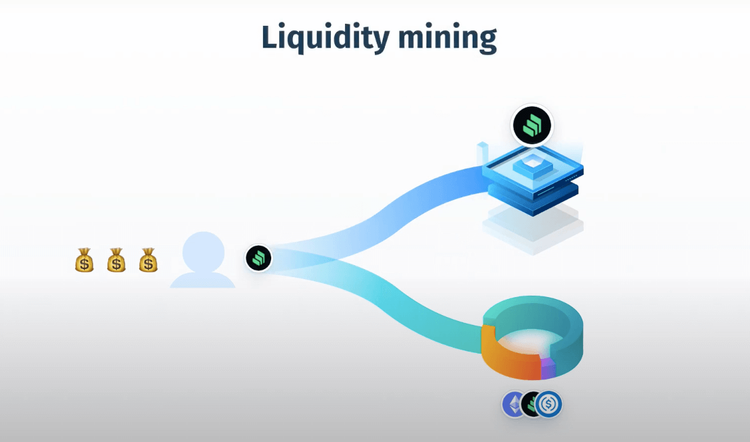 Now that we know how users can get yield while adding valuable liquidity to established or new markets in Ethereum, we can easily understand why some projects would want to encourage users to participate with their capital on their markets. “Yield Farming” has become a buzzword since Compound announced the first major incentives scheme in mid-2020. Compound was perhaps perfectly positioned to do this as it was a protocol without a native token. Unlike the protocols from the ICO days, Compound hadn’t found a utility token was needed in order to implement its credit markets, and Compound had grown to about $40M in total value locked (TVL) without one. That’s when $COMP was announced as a so-called “governance token” for users to vote on protocol upgrades. A number of $COMP would be distributed as rewards to both lenders and borrowers in the Compound credit markets. Innocent enough, until $COMP started trading in secondary markets at $75 a token and a craze started to add liquidity in Compound. Suddenly, Compound’s TVL skyrocketed and surpassed that of Maker , and everyone understood the power of “liquidity mining” programs. Many retail users moved their cryptoassets into Compound as deposits, but more sophisticated users started to “farm” $COMP by strategically depositing collateral for incentivized assets and taking out loans in other incentivized assets, receiving $COMP, and dumping it for more incentivized assets to farm even more $COMP – hence “Yield Farming”. With $COMP’s price shooting up to $300 per token (it has now since corrected to ~ $100), everyone was soon in love with this new form of mining. The analogy works because mining in Bitcoin is the only way to create more bitcoins. The difference is that in “liquidity mining”, you mine with your capital, instead of with hardware. 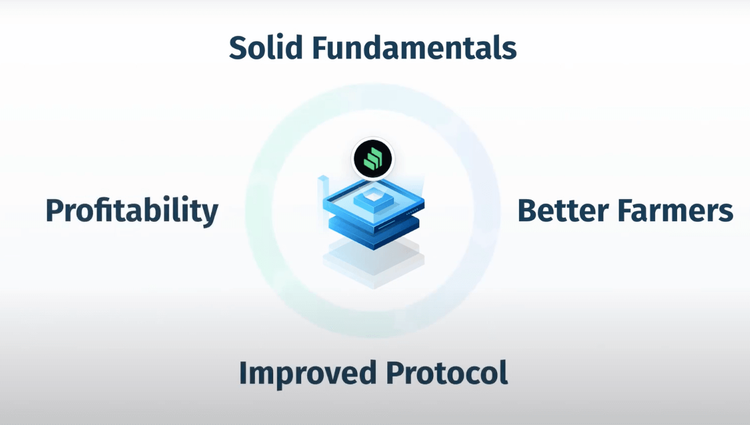 Of course, the $COMP price would have gone to zero if it was dumped mercilessly. This didn’t happen as yield farmers turn out to have a much longer time-horizon than pump-and-dump traders. In fact, $COMP‘s price has never fallen below its initial offering price. This shows liquidity mining as a powerful way to align the incentives of those long on the protocol, whether retail investors, farmers and sophisticated investors, or the core team working on the protocol. A stable protocol is important to these stakeholders, whereas wildly swinging prices only benefit sophisticated traders, whales, and others with asymmetric information while leaving the little guy and those vested long-term “rekt”. With liquidity mining, users contribute to the health of the protocol by providing liquidity, participating in its governance, and exerting their influence towards stabilizing the protocol. Active farmers have been known to contribute proposals, evangelize to other Crypto users, and even review a protocol’s security if they are technically-minded. Protocols with solid fundamentals attract better farmers. Better farmers push for needed improvements and profitability. Profitability makes farming even more attractive – a virtuous cycle. There is no need to worry about “buy low, sell high” — in most programs buying into the governance token isn’t needed to make a good yield farming. One can be bullish on the protocol by being bullish on the rewards being worthwhile. 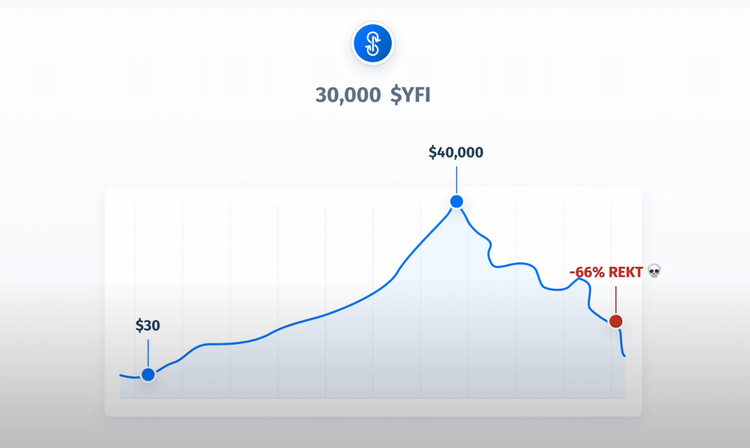 Welcome to the Yield Farming era. Since $COMP, other protocols have replicated scalable “liquidity mining” programs and launched governance tokens. DEXs like Balancer, Curve, and Uniswap have launched liquidity mining for $BAL, $CRV, and $UNI respectively. Other popular programs have been mining $SNX for the Synthethix derivatives market and Ren protocol ’s $REN for cross-chain liquidity. The programs all vary in their time length and rate of issuance.

A word of warning. There are “front-loaded” distributions of liquidity mining rewards to bootstrap liquidity, however, many projects have launched with very lopsided front-loading. Take, for example, the program for yEarn Finance ’s $YFI, for which only 30,000 tokens were minted. This caused a sense of scarcity which saw the initial offering go from $30 to above $40,000 per $YFI in less than 2 months. Such a radical distribution is more akin to the FOMO of an ICO than a “liquidity mining” program — naturally, many retail investors bought the $YFI token instead of farming it. After the incentives were fully distributed, the price has been highly volatile, and many retail investors have gotten REKT — this is despite yEarn being a highly-innovative project. Front-loaded distributions increase risks. 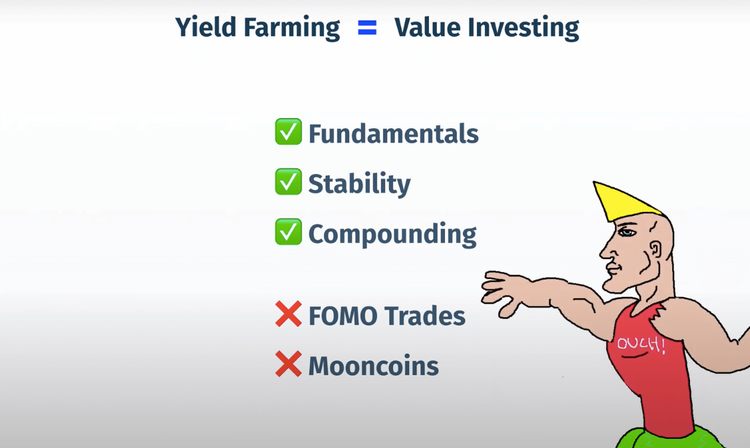 In Part I of this series , we discussed Yield Farming as similar to Value Investing. Let us revisit that idea: if you want to make it as a yield farmer, you need a good enough time horizon to farm. You will be providing your capital as liquidity to the protocol and earning yield, usually in the form of a governance token plus liquidity provider fees, while being exposed to a variety of protocol risks. Embrace the ethos of do your own research (DYOR) and try to make the most out of stable farming by picking a project with solid fundamentals, compound gains, and assume the underlying token will not go to the moon (even if it could). In DeFi, a “Chad Farmer” is the epitome of success and best practices. A Chad Farmer preserves and builds on his capital with yield-generating strategies — whereas a “Virgin Trader” buys heavily into the price action of governance tokens. To become a Chad, you will have to shed a lot of the “trading mindset”.

In the final Part 3 of this series, we will elaborate on farming strategies, understanding risks, and calculating returns. All are crucial actions in this new way to put cryptoassets to work and make money in Crypto.

Are you interested in DeFi? Let us know your opinions, questions, and feedback on the comments below. Don't forget to give us a 🦄 kudos if you haven't already to keep getting this content. If you enjoyed this article, our video guide, or both — please consider sharing it.